Has Porgy and Bess finally arrived? Despite its troubled history, George Gershwin’s 1935 opera may be coming into its own at last. As the San Francisco Opera prepares three full productions and a concert running May 29 – July 5 at the War Memorial Opera House, Porgy seems poised to emerge as the jewel in the summer season crown. 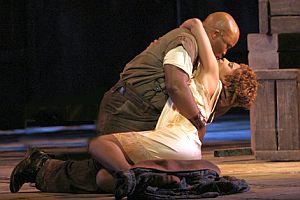 To be sure, the company’s selections are heavily freighted toward the Italian, with expectations running high for Verdi’s Requiem, conducted by Donald Runnicles on May 29. Puccini’s Tosca, starring Canadian soprano Adrianne Pieczonka in her company debut, follows (June 2-26). Runnicles, in his final assignment as SFO’s music director, conducts Verdi’s La traviata, with sopranos Anna Netrebko, Elizabeth Futral, and Ailyn Pérez alternating in the title role (June 13 – July 5.)

Yet Porgy and Bess, presented June 9-27 in its first San Francisco staging since 1995, is the most significant revival on the calendar. Conducted by John DeMain and directed by Francesca Zambello in a production owned by Washington National Opera, the cast features Eric Owens as Porgy, Laquita Mitchell as Bess, Lester Lynch as Crown, Chauncey Packer as Sportin’ Life, and Angel Blue as Clara. The opera is scheduled for seven performances, six of which were sold out as of this writing.

Based on the DuBose Heyward novel Porgy, and the subsequent play cowritten by Heyward and his wife, Dorothy Heyward, Porgy and Bess features a score by George Gershwin, libretto by DuBose Heyward, and lyrics by Heyward and Ira Gershwin. Although many view it as the great American operatic masterpiece, the work is often dismissed as a Broadway musical gone highbrow. Songs from the score — including “Summertime” and “It Ain’t Necessarily So” — are beloved by audiences, yet many seasoned operagoers are utterly unfamiliar with the opera as a whole.

Staying PowerIn recent years, though, Porgy has begun to be seen in a new light. The opera is being revived around the world: By the end of the San Francisco run, it will have received, in just 18 months, an astonishing 133 performances, in 18 productions in 18 cities including Paris, Hamburg, Berlin, Lyon, and Warsaw. Operabase.com, which tracks the schedules of opera companies, places it 7th in terms of performances of 20th-century works — higher on the list than Peter Grimes, Wozzeck, Jenůfa, and Pelléas et Mélisande.

Credit, in part, is due to San Francisco Opera General Director David Gockley, who gave Porgy a landmark production in 1976 at Houston Grand Opera. Gockley, who became SFO’s sixth musical director in 2006, says he has been planning the current revival since he arrived in the Bay Area.

“Of all the American operas, it is the most original, representative, and unique,” Gockley said in a recent interview. “I think the Porgy and Bess duets — “Bess, You Is My Woman” and “I Loves You, Porgy” — are pieces of great musical and lyrical significance. Beyond that, it’s a great story. It’s well-shaped, and it says something about a struggling group of people who somehow find joy and hope despite the circumstances they find themselves in. It’s a very human, very hopeful story.”

Many share Gockley’s high opinion of the work. Still, Porgy has had more than its share of detractors; some didn’t consider it an opera at all. 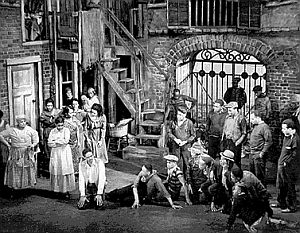 Gershwin, who was born in Brooklyn in 1898, was classically trained in piano and music theory, and was adept at a variety of vernacular music styles, including jazz — Eubie Blake and Thomas "Fats" Waller were primary influences. In Porgy, he found a story ripe for operatic treatment. In 1934, he told a reporter that the opera would “resemble a combination of the drama and romance of Carmen and the beauty of Meistersinger.”

Porgy and Bess had its world premiere on Sept. 30, 1935, at Boston's Colonial Theater and opened in New York at the Alvin Theater 10 days later. The New York production ran for an extraordinary 124 performances, but met with mixed reviews. With more than an hour of the show cut — including numbers like My Man's Gone Now — audiences were perplexed. Critics questioned Gershwin's artistic pedigree and mostly agreed that the story failed as an opera.

In a revival in 1942 (five years after the composer’s death), the work was shorn of its recitatives and redone as a musical theater piece, which is how it was viewed for the next four decades. (It was revived at Radio City Music Hall in 1983; the Metropolitan Opera didn’t get around to it until 1985.)

Scholars continued to debate the work’s merits throughout the 20th century. Some of the most pointed criticism came from prominent black artists such as Duke Ellington and Harry Belafonte. Set in the “recent past” in the Catfish Row of Charleston, South Carolina, the libretto is written in dialect. The opera’s portrayal of drunkenness and drug use, and the Gershwins’ insistence on all-black casts, may have added to the perception of Porgy as a “black opera” peopled by negative stereotypes.

Porgy in the Opera HouseAccording to Gockley, the truncated version was part of the problem. When presenting the opera in Houston, he and his production team returned to Gershwin’s original version. “At that time, it was licensable in the United States only in a very limited version which had developed from various Broadway productions and touring productions,” Gockley recalls. “We were able to convince the representatives of the estates of the three authors to give us a fresh look at it.”

Gockley, DeMain, and director Jack O’Brien acquired Gershwin’s writings from the Library of Congress. “We added back most of the recitatives that had been replaced with spoken dialogue, and musical numbers such as the ‘Jasbo Brown’ piano solo that opened the opera and the ‘Buzzard Song’ of Porgy,” he says. Restoring the opera’s connective tissue — music cut from Broadway-style productions — made a difference. “It had a tremendous impact,” says Gockley.

The Houston Grand Opera production opened in 1976, and subsequently toured to Philadelphia, New York City, and Toronto. San Francisco Opera presented it in 1977, 1987, and 1995.

With Zambello’s production, which has also been seen in Chicago and Los Angeles, Gockley says the opera is again being seen in a proper framework. “I’m very excited this time, because we’re giving Porgy what I call the Opera House treatment,” he says. “In terms of size of chorus, 50, not 33; our full orchestra, not a pickup group of 35 or 36. And we have a first-rate cast.”

Heard in its entirety, Gershwin’s score is a creation of remarkable melodic richness and subtle orchestration. Eric Owens, singing the first Porgy of his career, says it’s a revelation.

“As I delved into it, I found some wonderful music that’s not instantly recognizable as Porgy,” he says. “Not just the jazz-influenced music, but some very 20th-century modern music. I hear a lot of Stravinsky influence in the score. And the final trio between Porgy, Maria, and Serena is just amazing. It’s unexpected — very classical in nature in terms of the harmonies and the way it progresses. The two women are saying, ‘This woman’s no good for you,’ and he’s singing, ‘Somebody tell me where she’s gone.’ It’s a very powerful, beautiful, sad moment, and in a way, it kind of reminds me of the final trio in Rosenkavalier. I don’t know if that was Gershwin’s inspiration, but it has that kind of suspension of time and these three different thoughts going on at the same time.”

Both Owens and soprano Laquita Mitchell, who has sung the role of Clara in previous productions and is assuming the role of Bess for the first time in San Francisco, scoff at the idea that Porgy is not an opera. “I dare anyone who isn’t classically trained to try to sing it,” says Mitchell. “If you’re not using the classical technique you normally use in singing Mozart, I don’t think you can get through it. It’s difficult music.”

Beyond the PigeonholeAs for perceptions of Porgy as being demeaning to African-Americans, Owens thinks the resistance was a product of its era. “Considering the time period, I think it was having someone outside your race defining you,” he says. “I mean, who knows, if the story and music had been written by an African-American, if the sentiment would have been the same? I think people have a problem when they can’t have some sense of self-definition. But now, all these years later, people accept it as a wonderful piece of music. That’s how the piece is done, and I think that says it all.” 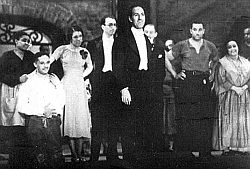 Mitchell believes that Porgy transcends the specifics of time and place. “The story just engulfs you,” she says. “It’s love and loss. It’s how two people, totally different, find a meeting ground, because they both have such a need. I think everyone has felt that, and everyone can connect to that.”

Perhaps a convergence of elements — a fresh understanding of the score, informed productions, the distance of years — has led audiences to see the dreams and aspirations of the Catfish Row community anew. Whatever the reasons, Gockley says the time is right.

“This is the first Porgy since we’ve had an African-American president,” says Gockley, “and I’ve been telling people ‘Porgy may not have gotten to New York, but he’s gotten to Washington.’ I think the current situation gives a new sense of pride to the performers. There was always a sense that we did battle with, that it was a kind of ghetto work, that you had to convince really good black singers to perform it because they were afraid they would get the stigma of being a black performer confined to a black opera. I think that situation is seen very differently today.”