Choreographer Amy Seiwert is the jigsaw of contemporary ballet. Machine-tooled into an intriguing, multifaceted dancer during a 19-year performing career with Smuin, LA Chamber Ballet, and Sacramento Ballet, the Bay Area-based performer moved on to choreography. Her works are structurally robust, meticulously detailed ballets in which dancers, classical and contemporary movements, and eclectic music retain their individuality while breathing together like one organism.

Retiring from the stage in 2008 after being mentored by the late Michael Smuin, she became the company’s choreographer-in-residence. Seiwert’s ballets today are in the repertory of local and national companies, among them, Ballet Austin, BalletMet, Smuin, AXIS Dance, Washington Ballet, Atlanta Ballet, Louisville Ballet, Cincinnati Ballet, and more.

Seiwert, founder/artistic director of her own company, Imagery, added yet another platform in July 2018, becoming artistic director of Sacramento Ballet. Meanwhile, she continues as director/choreographer with Imagery’s SKETCH Series. The initiative, in its ninth year, invites choreographers and dancers to question conventional parameters of ballet. The possibility of failure, depending on one’s perspective, is either immense or nonexistent: A ballet might not ultimately “work,” but participants — most of them well-established  artists — discover new tools or truths about their work.

All of this activity is not enough for Seiwert. She has also launched Imagery’s first Artistic Fellowship program. The two-year position offers not only artistic guidance and two SKETCH commissions, but administrative mentorship from Managing Director Annika Presley. Bay Area choreographer Ben Needham-Wood was selected for the inaugural fellowship.

Here, Seiwert talks about the ballet field in general, SKETCH 9, which runs July 17–20 at the ODC Theater in San Francisco, the new fellowship, and her plans to help artists “make a difference in the field.”

If SKETCH creates a space for courageous creativity from ballet choreographers, what example from the past eight years demonstrates achieving that goal?

In the third year, Val Caniparoli came in and utilized dancers improvising as part of his creative process. It was something he said he could never have done at San Francisco Ballet. He’s created things all over the world, and here, he felt he could try it. In this setting, if it didn’t work, that would have been OK.

Contrast that to what I remember about one time I was using manipulation tactics where the dancers had material and I gave them a task to take the choreography that stayed in place and turn it into a traveling entrance, moving in three eights [musical counts] to go from stage left to right. I was called into the office and told that wasn’t appropriate. They said I wasn’t there to give dancers choices: I was there to tell them what to do.

The mission behind SKETCH: You’re going to try something you might not be good at. We ask seasoned, experienced choreographers to step away from what they know will work. If it doesn’t work, maybe there’s a nugget of what will work, or they decide it’s never something they want to do again. We talk about permission to fail forward. We’ve never had a failure yet.

You mention ballet being relevant in modern times. In what way do classical ballet traditions or principles provide unique opportunities for relevancy? 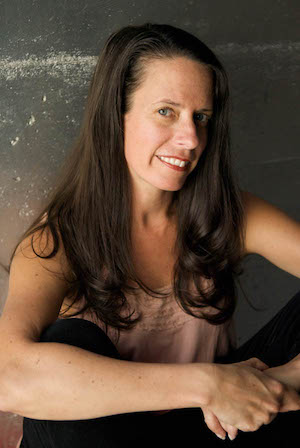 When we started the SKETCH series, ballet was being declared dead. But there is the ability to speak to contemporary times. Look, ballet has even done that in the past. Think of The Green Table. Perhaps it [a SKETCH ballet] doesn’t meet your expectation of what ballet is, but it can create a space for humans that live today. Ballet is not always about going back to kings and queens.

I did a piece in Sacramento that to the general eye would resemble ballet, with the expected lullaby section that was all girls, followed by a cacophony with all boys. So it was very important to me that when the cacophony happened, it was little girls and little boys, because sometimes girls are very loud too. We can have this art form make sense in contemporary society.

Establishing the Artistic Fellowship position: Why, and what factors or data will benchmark success?

It came from a basic need: If I’m in Sacramento most of the year, how does Imagery keep a presence in San Francisco? What are we doing that establishes we’re doing something that best serves the field? SKETCH does that. If every choreographer makes 10 great — but similar — ballets in an entire career, you won’t be able to diversify the pallette. If the art form is going to go forward, we need to diversify the opportunities for the choreographer.

Secondly, as an artistic director in Sacramento, everything I’ve learned from having this kind of opportunity told me: Where is the AD skill set? Ballet as a field just boxes a choreographer/director into a role and expects it to go great. The fellowship was developed for people who want to go into leadership in the field. As an AD, you don’t need to know how to run every aspect of an organization, but you need to understand all the pieces of the puzzle. It’s what I see as a hole: ballet just expects people to do the job of an AD without any training.

What is the selection process and criteria for SKETCH choreographers and dancers?

There are dozens of Post-its on my wall in my office in Sacramento of people I want to commission. It’s asking who really wants this opportunity? Who wants to be uncomfortable? Who’s ready for this situation? The dancers too: They are asked to go beyond ballet’s right/wrong paradigm and be involved as collaborators.

Why explore projection as lighting source for Sketch 9? What was genesis of this year’s theme?

Projection as a lighting source: trying to rethink projection as an element, not just throwing a video up on a screen. when we put the tasks on the table, we try not to explain it too much. It’s like the parable of the blind exploring an elephant: each person comes up with a different idea.

What can you tell us about Needham-Wood and Chicago-based choreographer Stephanie Martinez?

They’re different than what I do and in how they create. Stephanie has a beautiful intensity; Ben is a storyteller. What I love, watching Ben over the past two years, is his stepping away and finding more nuance, more maturity. They’re both curious and want to explore in a new way. That’s imperative.

These are not “story” ballets, but even the most abstract ballet has a “hidden narrative,” concept, or intended structure at its origin. Will you briefly describe the work you will be premiering?

I was working with a score by Terry Riley: investigating it, hitting play on my computer and listening, but feeling the musical score made no sense. It’s a string quartet, so it wasn’t complicated, but I couldn’t read it at all. [It was recommended she look for accessory notes.] Sure enough, there were instructions, like “modules go from A to X and every module is divided by seven and every player decides the order they’re going to play them.” Basically, when you listen, it sounds like a traditional string quartet, but the thing is, this would never sound the same if played more than once [because of the performance choices given in the notes]. I loved it, loved it, loved it.

So, I worked in similar way and created material with no music; which is so unusual for me. I made modules in no specific order. I then put them together to see if they work. It was trial and error. You know me, I always play the music in the studio when I work. We often joke when we play music that we’re not getting married to it, we’re just dating it. But these poor dancers ... there was a whole section I took away three days ago and said it was going to go with a different section. I’m working nonlinearly; trying to get these modules to link organically. It goes against all my instincts. As cool as the Terry Riley score is, I’m not sure it’s good for me at all!

You’ve been in your new position in Sacramento for one year. What have you learned?

This year was challenging in ways I never anticipated. I’m used to working hard but I didn’t think I could work this hard. A new Nutcracker wasn’t in the original plan. I had eight months to develop an entirely new version. We had over 300 children I was working with! It was insane but also awesome. What did I learn? I learned humans are more resilient than we think we are.

Are there principles, activities, or practices that sustain your energy in your other-than-dance life?

One of the ways I unwind is while cooking dinner, I throw on Game of Thrones. It doesn’t matter what season; it’s mostly just background. But there’s a character that’s very witty and he talks to a character who’s very pompous. In one episode, the pompous one says, “I never make mistakes.” The witty man says, “Oh, then you’ve never learned anything.” I tell myself that a lot: I’m learning — and I’ll do better next time.

What would you most like to see happen in the field of ballet?

For SKETCH, it’s that we can continue and become something that’s known and goes outside of the Bay Area. If others are copying it, I’d be thrilled. Also, I hope that the fellowship continues. In ten years, maybe it’s being emulated at other organizations across the country and we can say, “This is how ballet moves forward. This is how Imagery made a difference in the field.”