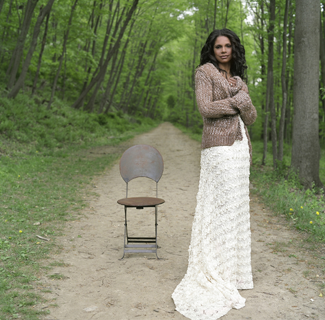 It was a high school arts program and a dinner theater company in Fresno, California that launched a teenaged Audra McDonald on a career and a record number of Tony Awards for her Broadway performances. As an African-American actress, she appeared in Ragtime and A Raisin in the Sun, and has also played roles originally intended for white actresses. Within the past 15 years, McDonald has concertized and sung the title female role in Porgy and Bess and in other operas, sharing Grammys for her recording of Kurt Weill’s Rise and Fall of the City of Mahagonny with Patti LuPone. She has also maintained a solo recording career with the Nonesuch label and has acted on film and TV, playing the role of Dr. Naomi Bennett for several seasons on ABC’s Private Practice.

Powerful but warm and empathetic in both her acting and her vocalizing, the 43-year-old soprano received undergraduate training at the Juilliard School and has since become a practitioner and advocate of music education. She rejoins an old friend, Michael Tilson Thomas, at the San Francisco Symphony’s Opening Night Gala this Tuesday, welcoming in the 2013/2014 season. SFCV scored a very short but spirited phone interchange with McDonald as she motored from New York to Connecticut.

Are you a good gal for a Gala? What part of the American Songbook will you be turning to?

[She laughs] If you’re going for an opening night gala, you want to give them a full musical meal. You wanna give them wonderful music, but you also want to choose music which is suitable for the occasion. So we’ve chosen tunes that not only have good story-telling and wonderful melodies, but also might be sentimental. There’ll be some deep emotional meaning, but nothing that’s gonna have people leaving the venue wanting to kill themselves. You want to leave it celebratory.

Indeed, there’ll be plenty of celebrating going on before and after, as well as during. Will you be able to mix with all that?

I don’t know how much I’ll be able to, because I have to fly to Salt Lake City the next day. I have three concerts and a master class over the next four days. So I’m in and out.

Too bad you won’t be able to linger, because you share a special history with the San Francisco Symphony. You debuted another part of your career with them, on the other coast.

Absolutely! MTT is the one who sort of introduced the idea of concert performance to me. He reached out to me in 1998, and invited me to come join him and the Symphony at Carnegie Hall. I had not done any concertizing before that. He gave me my big break.

How did he propose that breakthrough? What did he actually say to you?

“Listen, I think you need to do this. And I think we’d have a great time!” That’s how he approaches everything, I think. There’s the curiosity and the fun in all of it, and his love of music. It just pours out of him. There’s always something new to discover. And that still excites him, after all these years in the business. He’s infectious in that way. Is he the Pied Piper? I don’t know. He didn’t lead me into the Promised Land. But I think if it had been another conductor, I might have been more afraid. And look, he learned with some of the best.

Do you feel like MTT has a better grasp of the American Songbook than some other conductors?

I’m not gonna judge other conductors, but I can say he has an incredible grasp of it. I defy anyone to name a song he doesn’t know, or hasn’t performed, or hasn’t thought about performing. His mind is endless.

I noticed on your website that you’d recently tweeted about your antipathy to the Kardashian Kultur. I share that antipathy, and it makes me wonder: What’s the best part of American culture for you?

I would say — I don’t know if I’m gonna answer this the way you want me to.…

I do a lot of master classes, and I still go into schools, whether they be junior highs, high schools, or colleges, and I see the excitement and curiosity, the purity of the excitement, and the love of the art form. There are still kids out there who are moved by music and are wanting to jump into a career. I’m willing to do anything for them, and that for me is the best part of American culture, because it gives me hope that the culture will continue to renew and evolve. I don’t see any of these arts as being dead.

There may be something good and American in the way you’ve been able to make a career that fits on both Broadway and classical stages.

I’ve been very, very lucky in that regard. And I love that in America the lines are sometimes distinct, but sometimes blur.

And we love about you that you make it all so entertaining.