Dylan Mattingly and Matthew Cmiel are linked together by much more than the latter’s nickname inset in the former’s surname. They also share proficiency on the guitar, evolving fame as young composers and conductors, teaching roles (Mattingly at Bard College in New York State; Cmiel at SOTA, San Francisco’s Ruth Asawa School of the Arts), and placement on the Del Sol String Quartet’s 20th anniversary program this week. Perhaps more important, they’re bound by mutual admiration and friendship dating back to their teenage years as Bay Area music students, in the mid-2000s. Cmiel also now writes for SFCV, in which capacity he was asked to engage his old friend in conversation last week about the state of their art, and about the Berkeley Symphony Orchestra’s premiere this Thursday of a commission by Mattingly. In the three-way Q&A below, Cmiel’s input appears in italics, Mattingly’s in regular font, while Jeff Kaliss’ questions and comments, as host, are in bold.

Dylan, tell me how you and Matt met. 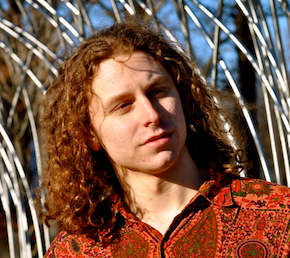 Dylan Mattingly: I believe it was at a concert of Formerly Known As Classical [aka The San Francisco Bay Area Teenage New Music Ensemble].

Matthew Cmiel: Actually, I think it was at the [Berkeley Symphony Orchestra’s] “Under Construction” program.

Was it? If we did, then you’re right, but I don’t remember that [giggles].

Dylan won a chance to write a piece for the Berkeley Symphony, when he was — how old were you, Dylan?

I was 13 or 14, and had done it the year before. Dylan’s piece was awesome, so I went up and introduced myself. [Both laugh]

And you guys were from opposite sides of the Bay?

I went to Berkeley High.

And I was at the San Francisco School of the Arts, mostly. I was studying conducting and composition and playing double bass in the orchestra, and guitar.

You’re even more of a multi-instrumentalist, Dylan. Has that informed your composition?

I started playing cello when I was 5, then piano when I was 10, then guitar and bass shortly after that. In Contemporaneous, which is my group back East [a youth-run New Music ensemble in the Hudson River Valley], we end up doing things for instruments we don’t have, or need another player for. So I’ve ended up taking on the role of that player, whether I’m playing banjo or mandolin or percussion, and it allows me to get in the zone of different kinds of pieces.

There are those parties we have at your friend’s house, Scott Johnston, where we all get together and jam and we end up doing all kinds of stuff, baking pies and playing blues and screaming songs of Bob Dylan [for whom Mattingly was named] at the tops of our lungs, or whatever.

So there’s variety in your self-expression at those parties?

A huge amount. We all enjoy a lot of music that overlaps, and we share it. We’ll be blasting John Adams while we eat dinner, for people that have never listened to classical music.

I think I remember we were playing [Adams’] Hallelujah Junction over the speakers at one of those parties, and I think we were basically headbanging to it. It was so cool. I’m sure we looked like idiots.

But idiots having fun, which is the bottom line.

And it was cool that people who didn’t know John Adams were able to get involved. Because we looked like idiots, it made people more willing to hear it, in a fun way. I’m working as a teacher, and one of the things I’m always working on with my [SOTA] students is, how they physically relate to the music, how they can show their involvement.

Your party eclecticism makes me think about a quote from Sarah Cahill, who said about you, Dylan, that you approach idioms “from the inside rather than from the outside.” Does that ring true for you?

I like to think that when anyone is creating music, they’re trying to go for the most authentic experience possible, and the most expressive of themselves. – Dylan Mattingly

I certainly hope so. But I don’t ever think of playing music as being something that’s part of different idioms. To me, music is always about self-expression. And so, when I listen to Bob Dylan or Joni Mitchell, when I play folk music or rock or New Music, it’s all about creating an emotional world. I like to think that when anyone is creating music, they’re trying to go for the most authentic experience possible, and the most expressive of themselves. So hopefully, whatever idiom I’m playing in, that comes across.

This really links up to a debate, Dylan, that you and I and, I’m sure, other people have had, constantly, about whether or not there are genre boundaries. Would you like to elaborate on that? 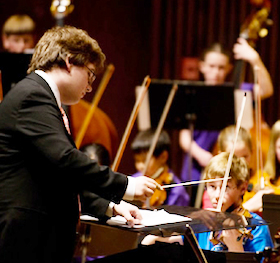 The thing about genre is, it is, or should be, descriptive, and not proscriptive. When we look outside and see two different trees, we can use our minds and language to help us see the similarities and differences. In music, genre works the same way; it can be very useful, particularly as an analytical tool. At the same time, I think it’s always a bad idea to be creating music while thinking about living within a genre.

But do you worry then, Dylan, that by not paying attention to those boundaries, it’s not being aware? To try to create music from a standpoint of (just to go crazy on you) immaculate conception? I feel like, if you’re totally unaware of genre boundaries, then your music sounds derivative. At least for me it does. I’m actually very, very conscious in my music of genre boundaries, who I’m referencing and what sounds I’m trying to get. And I find it helps me be less derivative.

I’m not saying you should be unaware. But I think that awareness should exist in a different place from the reason for creating, and from the kernel that inspires what you create.

Matt, when you and I were touching base before we called Dylan, we were both wondering what inspired his upcoming world premiere at the Berkeley Symphony [on Dec. 6]. Dylan, please inform us.

The piece is called Invisible Skyline, and it’s about narrative. It’s very much fascinated with our ability to pour our lives into fiction, and to believe in stories which we know are not true, from Homer to television series lasting hundreds of hours — the idea that our lives can become so intimately connected to an intricate plot that isn’t related to our lives, our idolization of heroes, and the way we pour or thoughts and dreams into other stories besides our own.

It’s really validating to have people so excited about music. It’s fun to be friends with these people. – Matthew Cmiel

Any spoilers about how you’re working the orchestra to your purposes? Anything different or new?

That’s a tough one. It’s always questionable when I hear people say that they’ve invented “new orchestral textures,” and things like that. But through a lot of my piece, the piano and harp are what pull you back onto the train tracks. At the same time, I’ll have a huge string section, because Berkeley Symphony is also playing Schumann [Symphony No. 2], and with that I have the ability to send a lot of sound washing over itself. Near the end, I culminate with a 23-part round.

Anything else you can share with us about it?

When I first started the piece, my original kernel was the idea of — it’s a German word — Märchen, which means something similar to “wondertale” or fairy tale, though darker and more medieval. There’s a great definition which I put down at the beginning of the score: “It moves in an unreal world without definite locality or definite creatures, and is filled with the marvelous.”

That’s awesome! You have another premiere this same weekend, with the Del Sol String Quartet, right?

Yup. You’re on Friday, Matt [Cmiel’s Invocation, also a premiere], and I’m on Saturday [Mattingly’s Gone, Gone, Gone]. But I’ll be there for you on Friday.

And I’ll be there on Saturday.

Do you guys ever feel like you’re part of some new movement or are rejuvenating classical music or any such thing?

I don’t think either of us ever sees himself like that. It’s just good friends working together and having a good time. With Dylan and I, I think it’s safe to say, we’ll probably work together every chance we get, over the rest of our lives. ’Cause we love the hell out of each other, respect the hell out of each other, and I think we wanna keep doing what we’re doing. It’s a little egocentric to say this is a “rejuvenation,” but I do think that both of us are big personalities who can get people on board.

It’s really validating to have people so excited about music. It’s fun to be friends with these people.

And that excitement is extending toward the grayer end of the demographic?

Definitely. Our audience for Contemporaneous is probably mostly 18 through 24, but at the same time we have quite an admirable and fun group of older concertgoers who are really excited about New Music and art, who are really dedicated and fun to be around. There’s an exciting combination going on right now, of audiences and people in general being ready for anything, and it probably has to do with the digitalization of music, and people having access to so much music and so many types. They’re less scared of hearing music that’s new. At the same time, there’s a lot of really good music being created. I was just listening to this Dutch composer who won the Grawemeyer Award, Michel van der Aa.

Yeah. I get a lot music through Spotify. If I want Bartók playing Bartók, I can find that on Spotify, without having to buy it.

Does you guys’ friendship span the continent effectively, Matt?

We feel a little limited by the distance, but last year Dylan recorded my solo cello pieces, just for the fun of it. And two years ago, we were in a New Music ensemble together, [called] After Everything, over the summer.

We may not talk as much as we’d like to, but every time we do talk, we’re hugely influential on each other. I’ve stolen ideas from Dylan’s pieces before and used them for mine, and it wouldn’t surprise me if it happened the other way.

Of course! [Laughs] It’s fun to be bicoastal. There’s a New Music scene out there, but it’s not quite on the level of New York City.

We don’t have the population, and publicity is a huge problem.

A thing that makes a difference in New York is, there’s really important criticism, and by “important” I mean criticism that people are really interested in. If someone gets a review in the New York Times or the New Yorker, it’s a big deal; people take it seriously. That’s something that really builds audiences, a third-party source validating something. And this is something SFCV helps with, and Joshua Kosman at the Chronicle, and Richard Scheinin at the Mercury-News.

Dylan, when do you get back into town here?

I get back on Sunday night.

Are you guys gonna have another party?

[Chuckles] Let’s have dinner or something, OK?