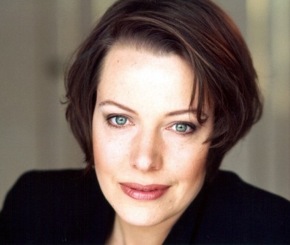 Soprano Nina Stemme has now stunned Bay Area audiences with her first local Siegfried Brünnhilde and her first-ever Götterdämmerung Brünnhilde. A few weeks before her triumphs, she took some time out from her intense rehearsal schedule to reflect on the career path that has produced one of the great Wagnerian sopranos of our age.

When you started taking voice lessons, your teachers said you were a mezzo. When did you make the switch?

Because I had problems with the top [of my voice], I started to work technically. I had one good teacher who was open enough to say, “I can solve this and this and this, but I cannot solve your ‘A’ vowels.” She had a colleague who was more of a matter-of-fact speech therapist. So I went to two teachers at the same time, which is very rare, because usually they fight like cats and dogs. I was very grateful that they were open to working parallel. It was fantastic. But it still didn’t solve all my problems, because I was a “mezzo.”

I was around 24 or 25 when I took a break from the university in Stockholm and put all my energies into voice by going to a private voice school in Stockholm for two years. One of the coaches there told me to take a look at Mimi’s aria from La Bohème and “Elsa’s Dream” from Lohengrin. I sang them to him, and he said, the way I sang, I was definitely a soprano. Then I went back to my former teacher, who said, “What? Well then, we have to start with soprano exercises.”

What’s the difference, really? So I changed teachers. Then it was time to audition for the Opera School, and I had to smash in 10 arias to be able to do the auditions. I was admitted in the fall of 1990, when I was 27.

Out of the Ashes, a Goddess Emerges

How did Wagner enter your life and repertoire?

I was introduced to the great Wagner singers by the vocal coach who changed my ways of singing. We had big voices at the Stockholm Opera, but they weren’t always beautiful, and they always had one part of the voice in the middle range where you didn’t hear a thing.

Somebody once asked me, “Would you ever consider Isolde?” “You must be joking,” I said. “I shouldn’t do that. It’s far too long.” I didn’t even know the opera, but I had just heard about it.

No. Clever girl. She’s my model Sieglinde: one of the greatest. And those videos when she gives master classes — she’s totally transported. She goes to the piano, and sings one or two octaves down, but it doesn’t matter. We love her.

Anyway, I said, “Definitely, no Isolde.” Then, after a while, I jumped in at a matinee Red Cross concert in Madama Butterfly in Cologne. Apparently, I did so well that they asked me to do the shows the next year.

Then they asked me for Mimi, Tosca. They paired me with Roland Vagenfühler, an up-and-coming tenor with a huge natural voice whose technique was apparently not solid enough. He was into Wagner at that time, because we had to sing arias in front of a velvety curtain in the middle of the stage. It was not so fair to the voices. Who would have known that the Mimi and Rodolfo, at that time, were two Wagner-singers-to-be?

I did Suor Angelica and Tosca at the same time I started doing lyric Wagner, like Elisabeth in Tannhäuser. Just as my third child, my son, was born in 1999, I did my first and only Elsa in Lohengrin.

After my first Senta [at the Metropolitan in 2000, where I shared the stage with Vagenfühler], Glyndebourne asked me if I would do Isolde in their first Wagner production at the Glyndebourne Festival.

That’s a much smaller space, correct? I assume it would be much easier to sing Isolde there than at the Met.

That is true. It was beyond my dreams that I would sing an Isolde. I even said as much in an interview.

You ended up singing Isolde at Glyndebourne in 2003, and again in 2007. Have you sung it other, bigger houses?

Yes. I sang it at Bayreuth for two summers, and at Covent Garden.

I’ve never been to Covent Garden, but I’m told it’s much smaller than San Francisco Opera. And Bayreuth has that covered pit.

Exactly. Bayreuth was easier than anything. You had to hold your voice back a little bit. But I don’t agree that it’s the size of the house. It’s more the size of the attention that gets the pressure on you. Sometimes it’s easier to sing in a bigger house because the voice carries easier; the orchestra is better and can play softer.

Covent Garden doesn’t have an easy acoustic. Neither does Stockholm. Stockholm is worse than almost any acoustic I know of.

For a couple of years I didn’t sing it in any big venue. I still haven’t, really. I will do it in Munich this summer. So I’ve been very careful in that sense.

In this rehearsal period, are you discovering new things about Brünnhilde?

All the time! This is my first Götterdämmerung Brünnhilde, and it is so complex. We’re rehearsal Siegfried and Götterdämmerung in parallel now. It’s kind of mind-twisting. But you need to come back to Brünnhilde all the time, to put another layer on, to internalize it also vocally. It’s so dramatic, and it should sound like your whole world is falling apart.

I looked in the score, and that’s exactly in the middle of the opera. Then you’ve got the rest to be able to sing. So it’s just to keep in your mind. In the second act, when she swears her oath, and she curses everything and is totally betrayed by Siegfried, then you have quite a bit of a ...

Yeah. Poor guy. He’s such a strange character. But she loves him to bits. And she has two heavy scenes in the second act. I’m not on in the beginning of the third act, when he gets killed and so on.

I remember that from Isolde, when it’s a festival and you have two hours’ break with a one-hour intermission and then another 50 minutes until you have to deliver a lamentation and a Liebestod. And here it’s the “Starke scheite.” But I’ve done it in concert a couple of times, and I think, by learning the last bit first, I can cover parts of my tiredness. It’s like preparing for a marathon.

What do you do when you have these longs breaks backstage? Flagstad reportedly did her knitting.

I promised myself never to knit. No, I sort of follow the performance in the loudspeakers with one ear, and prepare for my next entrance. Time goes by. I’m still sort of in the show and time doesn’t mean anything during a show. I’m never bored or anything.

You’re sort of surprised that it works. You wake up with hardly any voice at all because it’s swollen. But then it drains off during the day. And you don’t sing with your sinuses; it’s just that you have mucous and phlegm dripping down all the time disturbing your voice. But most of the time, you’re so full of adrenaline that you can find a way around that.

Sometimes, as I once heard Birgit Nilsson say, you can even learn from an infection. But you don’t want to do any harm to the audience, who paid full price. There are even times when you sing better with a tiny bit of infection. There are also times when it goes straight on the voice. It depends on the kind of virus. That’s why it’s so tricky. It’s so important to know yourself as a singer.

I’ve always wondered what someone with such a glorious voice does when she’s opposite a tenor she’s supposedly making love to, and his voice is a horror. You have to act, but it can’t be to that voice that you’re hearing, because who could fall in love with such a voice? What kind of tricks do you do in your head?