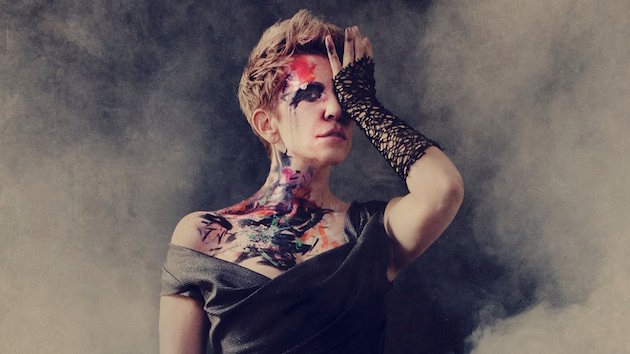 Finding clarity amid clamor has been Joyce DiDonato’s quest ever since — and even before — events on November 13, 2015, rocked her world.

When a series of bomb attacks on that day began in Paris, the Grammy-winning mezzo-soprano was pinned to a chair in her Kansas City music room; held spellbound by the “I’m safe” or frantic search messages posted by people she knew on Twitter and Facebook. She’d been working on a project that involved Baroque arias. In a blink, the process of selecting material for her next CD and a world tour felt empty of meaning, aimless.

In War & Peace: Harmony Through Music, with DiDonato singing 15 arias accompanied by the Italian period instrument ensemble Il Pomo d’Oro, is the result. The work is both a new Erato/Warner Classics CD and an immersive theatrical evening currently on tour that includes costumes by Vivienne Westwood and choreography by Manuel Palazzo. In War & Peace comes to the Bay Area with two concerts: Bing Concert Hall Dec. 2 and Zellerbach Hall Dec. 4. 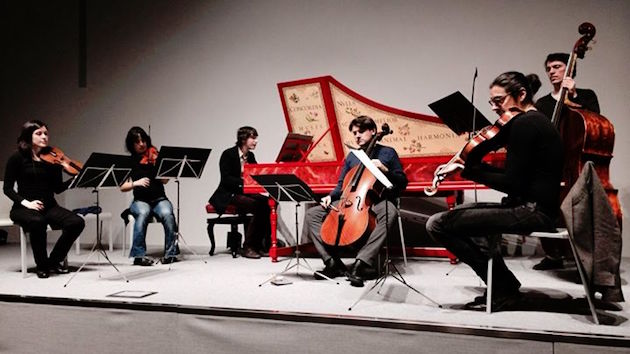 The arias divide themselves into two sections, “War” and “Peace, and suggest DiDonato’s answers to the question: “In the midst of chaos, how do I find peace?”

It isn’t the first time DiDonato has used her voice to explore social issues or offer a peacemaker’s position through song. Her previous campaigns have included performances to honor hate-crime victims and a concert for juvenile offenders in a Chicago correctional facility. She has not only an active presence on social media, with over 35,000 @JoyceDiDonato Twitter followers, but an international presence with residencies at Carnegie Hall and London’s Barbican Centre, appearances with the Metropolitan Opera, The Royal Opera, San Francisco Opera, Seattle Symphony Orchestra, and more. Her platform is broad, reaching traditional and nontraditional opera followers alike.

Clamor, therefore, arrives externally in celebratory fashion from audiences, but also in disruptive forms, when unfortunate or unpredictable things happen in the world. Resolving the disparity means searching for comfort, an odyssey that traces back to her childhood.

“I grew up in a large family and a chaotic household. Heavy metal came from the basement that was the haunt of my older brother. Classical music was plunked out on our piano by my older sisters. Big-band music was on the record player at cocktail hour with my parents,” she writes in an email. 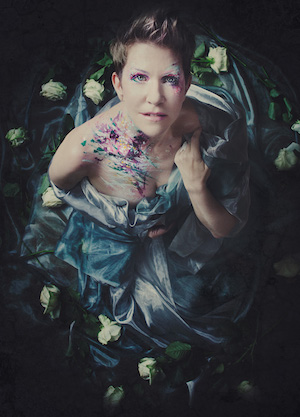 But Christmas music — carols and duets played on the piano, harmonizing with her sisters while walking home from Christmas Eve midnight Mass — brought her earliest memories of joy and resolution through music. “And Amahl and the Night Visitors played every Christmas morning. It wasn’t Christmas without all that music,” she adds.

So when the project that has been all-consuming during 2016 merged with a presidential campaign filled with vitriol, DiDonato found herself pushed to put into daily practice not just voice maintenance, but spiritual perseverance. Her answer from the start to the question of how to find peace in times of disharmony was simple: “I love.” Nurturing that flame has been imperative, but not easy.

“I never could have predicted the sleepless night on November 8, where the world shifted overnight,” she says. “I emerged from that long night devastated primarily about the overwhelming division that became undeniable that night. As a friend and I were texting, trying to make sense of the events, he asked me, “So how do you find peace, again?” And I had the answer in front me. I was on the record. So now it wasn’t a question of “how,” but more a question of would I make that choice.”

On stage, her belief that people’s deep need for music is actually a desire for connection to something that is larger than their everyday lives, feeds her soul. Furthermore, it renders irrelevant for DiDonato the question of whether or not contemporary audiences continue to respond to classical music, and to opera in particular.

“I actually believe and have witnessed that people are searching for deeper meaning; but often they haven’t been shown that it exists in the concert hall and is available to them. If they can be brought here and invited in, then the question of relevancy disappears.”

Not taking for granted the investment people make when they attend a concert or theatrical presentation, there’s intense preparation and effort behind projects like In War & Peace. DiDonato considered only Baroque era pieces while curating the works; valuing their pure, simple landscape on which emotions arrive with potency, like the aching beauty of the melody, “Lascia ch’io pianga,” she suggests, as one example.

The most difficult task was saying “no” to masterpieces that she was “dying to record, but that brought repetition to the album.” She sought a narrative that wove a clear progression from external war to internal war to varying forms of peace that were sometimes a quest, at other times meant captivity, and occasionally, were achieved. “I feel we ended up with the perfect balance of the varying shades of gray between the dark and the light.” 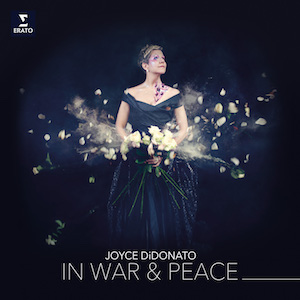 DiDonato is most excited by the fluidity afforded by the production. Every time she sings the works, they reverberate, like firelight that emits a glow and shadowy smoke — and heat that warms, or burns. Even love themes in the arias vary: “There is the selfless love of a woman finding joy in prison, knowing that because she is still alive she can pray for her love, and protect him even if they cannot be together [“They tell us that you might powers”]. There is the manic love of mother and son highlighted by Agrippina’s thirst for power ... That one definitely does not end well,” she says.

Perhaps one of the project’s most interesting features are the answers to the peace question that people are invited to contribute by using the hashtag #TalkPeace on social media. The responses (some are included in the CD booklet, all are on the project website.) have come from thought leaders and celebrities: Supreme Court Justice Ruth Bader Ginsburg, actor Judi Dench, pianist Andras Schiff, and others.

But the majority of answers are from everyday people: homemakers, prisoners, military veterans, children, refugees, business executives, homeless people, students, and so on. DiDonato says the responses have been incredibly uplifting because of their overwhelming tenor: simplicity. “The main paths to peace could not be more simple: the breath, nature, a loved one, art, music. It’s been a beautiful reminder that the path is almost always present and nearly always totally simple. It makes me look at my life and think, ‘If it’s so simple, why don’t you choose it more often?’ I like that take-away very much.”