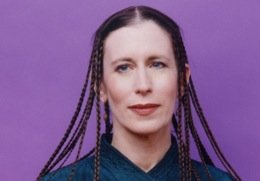 It’s easy to hear, among Meredith Monk’s Songs of Ascension, extended vocal techniques that at times evoke (even if unintentionally) the sort of polyphonic Eastern European traditions showcased by the Bay Area–based Kitka Women’s Vocal Ensemble. It’s a delightful coincidence that Monk's first appearance with Kitka, later this month, occurs two days before ECM releases its recording of the Songs. Over lunch at the Rio California café, a short walk from Kitka headquarters in Oakland’s Preservation Park, codirector and singer Shira Cion reveals her longtime reverence for Monk and the fruits of their collaboration.

We’ve talked for years about the musical explorations you’ve made with Kitka, but you seem particularly excited about this project.

I’m still pinching myself, I can’t believe it’s real! We’re just loving working with Meredith, and we get the sense that the love is mutual.

So your awareness of her work goes back a ways?

I think I first became aware of her when I was in high school, in Hartford, Connecticut, where I had an internship at the New Music America Festival. I was a classical oboist, interested in new music, and I went on to Wesleyan, where I was mostly doing classical but also starting to dabble in ethnic and modern musics. I got more exposed to Meredith’s music through a contemporary music class taught by Art Margolin, and a class in contemporary composition with Alvin Lucier, who’s a very close friend of Meredith. Then, as kismet would have it, Meredith came to do a residency at Wesleyan, and her workshop was a really transformative experience for me. I’d always loved singing (though I never really considered myself a singer), I’d always loved theater, and I’d always loved interdisciplinary arts. But there was something about the way she wove together vocal work and a kind of archetypal psychology; it just really stirred me, and I became obsessed with her and her work.

What do you recall specifically about Meredith’s workshop?

I remember doing character work, impersonating my grandmother [who’d been a Russian Jewish opera singer and organist]. And I remember the way Meredith worked with rhythms and cycles, a style based more on cyclical than linear compositional ideas. I was also involved in women’s studies at the time [the mid-1980s]; the second wave of feminism had crept in.

So you saw Meredith as a feminist?

A lot of people label her as a minimalist, but when I think about her work in comparison to, say, Philip Glass, Alvin Lucier, Steve Reich, or any of those other “guys,” I think there’s a quality to her that’s much more human and less mechanical. There’s certainly a lot of precision and mental rigor to it, but there’s something really, really human. And I think part of it is that she uses the voice, primarily. And another thing I remember from her workshop is how inclusive her creative process was, how she would draw things out of the participants that they didn’t even know they had within themselves. My experience with composers to that date had been, “Here’s the score, play this thing that came out of me.” With her, it was a gathering of offerings from whatever ensemble she was working with, and that really made an impression on me.

What about her personality?

I just remember her being incredibly warm. If you flash forward a few years: Once I’d moved to California and joined Kitka, in 1987, I continued to follow her work. After we started recording, in 1989, I’d find a way of getting copies to her. And when we’d meet, she’d sing a song back to me and say such kind things, like how Kitka’s music accompanies her life, when she’s traveling or just doing the dishes. When you hear words like that from someone with such a huge influence on you, it feels so affirmative.

How does your affection for Meredith’s music fit with the folk traditions on which Kitka was founded?

She can sing with a vibrato which is more classical, but she can also sing a very pure tone; she can yodel or yip or do these glottal-stop runs — all those kinds of sounds we really love. But her voice is really different from a Bulgarian village woman or a Georgian yodeler. She sings in a very conscious way, and I think she has a fair amount of classical training in her pocket. Her mother was a professional singer, a jingle singer for radio, and she had cantors in her family. 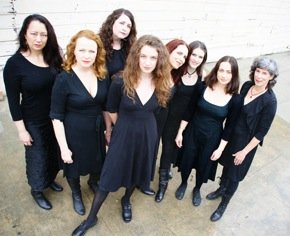 When did you start thinking about collaborating with her?

It had been a fantasy of mine, maybe from the beginning, but it just seemed untouchable in the early days of Kitka. Then, in the year 2000, we got two grants to start the New Folksongs Commissioning Project, sort of a way of my weaving together my love of contemporary music with my desire to reconcile it with traditional music. We were able to commission new pieces from Pauline Oliveros, David Lang, Linda Tillery, and Janet Kutulas, one of our own singers. Flash forward a couple more years, I’d started raising funds for our Rusalka Cycle, and when the composer we’d originally commissioned, Richard Einhorn, became ill, I thought, Maybe this is my chance to get Meredith! but as it turned out, she was so busy, we’d have to wait another few years. But that disappointment led to another blessing: We discovered Mariana Sadovska, who ended up creating the score. Finally, another NEA deadline was the spark; they were funding new works by American composers, and I connected with Meredith. She said, “I’d love to work with you, but let’s do a project where I come out and hang out with you all and I’ll teach you some of my old pieces, and get to know you all as voices and theatrical personalities, and we’ll build an evening out of it.”

When did she come out?

On the 26th of March [of this year], and she stayed through April 1st. Her assistant, Peter Sciscioli, had given me a pile of scores, or maps, to some of her pieces. But she really thinks of each piece as something really alive and always morphing, so it was fun for us, ’cause we approach a lot of our repertoire that way, as well. She generates a lot of music in the oral tradition, and it’s almost more like a choreographer working with dancers, a physical/oral transmission process.

What about the vocal techniques?

She works a lot with breath. One thing I think has informed a lot of her work is her background in Dalcroze Eurhythmics. She says that when she was a child, she had some physical coordination problems and issues with her vision. So I guess her mom signed her up for Eurhythmics classes to help her. It sort of physicalizes sound and motion, so we’d do warm-ups that incorporated that.

Was that new for the Kitka women?

Not so radically new, because in our previous work with Mariana Sadovska, Mariana comes from this whole [Jerzy] Grotowski physical theater background which was developing in Poland while Meredith and the New York scene was developing. But the Polish school is a lot more about expressing extreme emotion through character, and there’s something a little bit cooler about Meredith’s pieces. She’s a very devout Buddhist, in the Tibetan tradition, and she actually sang for the Dalai Lama at the World Festival of Sacred Music recently [in Los Angeles].

How did Meredith take to Kitka?

I think she was very excited to hear what we can do. There’s a lot of colors to choose from, and that’s what distinguishes us from a Bulgarian or Georgian women’s choir or a classical choir [which are more uniform]. We have some very crystalline, pure voices; voices that can completely rock out; and voices that are more lyrical and melancholic and dark. My voice has an innate vibrato which I’m in a perpetual battle with, but it can sometimes be used to positive effect.

How was the program developed for this month’s concerts here?

Meredith really didn’t want to design the program until she’d gotten to know us a bit. We’re doing a few pieces from her film, Book of Days, including two simple pieces that we learned by ear, and Jewish Storyteller/Dance/Dream, which is on the verge of being published by Boosey & Hawkes. Meredith leads some of the pieces through vocal cues, and then a lot of her pieces function like chamber music, where there’s a lot of interactivity among the vocal parts, and she encourages us to be as physical as possible. One piece we’re doing from Quarry is a canon, but it’s not always regular, so you have to be absolutely attentive. Choosing Companions is a bit theatrical, where a person in character enters and says, “I’m a good cook” or “I have a broken heart” and then does a little vocalese. It’s like Meredith’s take on match.com or speed dating. It’s funny and sweet.

A number of West Coast premieres, [including] some really beautiful choral pieces from American Archeology I. And we’re excited about two potential world premieres. There’s a piece she wrote for Kronos Quartet, called Stringsongs, with a movement called “Phantom Strings,” which Meredith says she always heard as a vocal piece [to be adapted and retitled Phantom Voices]. And there’s a short canon she’s never performed, called Quilting. [Monk will start the concert with several solo pieces.]

Does this represent an evolution for Kitka?

That’s a very perceptive question, because Kitka, in the last few years, has taken a very in-depth look at who we are. We’re always gonna love the Eastern European folksongs, ’cause they’re what gives us so much juice and beauty. But we also want to find a place of authenticity of what it is about the sound that resonates for us. We’re American and interested in new music and collaborations. And one of the things I really love about Meredith’s music is that she’s stripped away that whole layer of linguistics and meaning being tied to words, and she’s getting something that’s much more essential and universal. So I think that, for a lot of the audience members, whether we sing a Meredith Monk song that has a text that’s just vocables, or whether we’re singing a song from Georgia or Bulgaria, the meaning that comes through is, “Here are humans singing something that goes beyond the lyrics.”