In a tale of two San Francisco musical institutions, as Michael Tilson Thomas is opening his 25th and final season as the music director of the SF Symphony, ready to celebrate his 75th birthday on Dec. 21, a distinguished colleague of his, Nicholas McGegan, is launching his 34th and final season at the head of Philharmonia Baroque Orchestra & Chorale, lighting 70 candles on Jan. 14, 2020.

The Philharmonia season will be very much in the tradition of what McGegan created over the years: Baroque, yes, but not toeing any line, serving the spirit, not the letter of the period, and embracing Mozart, Mendelssohn, Schubert.

McGegan, now an Officer of the Most Excellent Order of the British Empire (OBE), grew up in England moving between disciplines. His knack for bringing it all together was reinforced when he attended Cambridge at 19 as a flute player (who also played piano, occasionally in a pub), “flitting among the various departments where I have contacts and colleagues.” Informal, entertaining and funny, he also managed to collect the Halle Handel Prize; the Order of Merit of the State of Lower Saxony (Germany); the Medal of Honour of the City of Göttingen, and a declaration of Nicholas McGegan Day, by the Mayor of San Francisco in recognition of his work with Philharmonia.

His approach to Baroque music was controversial a long time ago, almost standard today. As he told SFCV a decade ago, looking back to the beginning of his run with PBO:

And now, with 70 approaching, the fun and hyperactivity continue unabated: McGegan has already launched his guest-conducting season, appearing with the Los Angeles Philharmonic in Hollywood Bowl in an all-Mozart program, and he returns to the Southland in October to conduct the LA Chamber Orchestra in works by Rameau, Mozart, and Schubert.

He will lead the Cleveland Orchestra and the Houston Symphony in November, orchestras in Baltimore, St. Louis (for the 30th year), Pasadena, and New Jersey next year, returning to the Aspen Festival, where he has visited annually for a decade, and the Hollywood Bowl.

Somehow during the same period, McGegan also makes debuts with two orchestras in Poland: Szczecin Philharmonic and the NFM Wrocław Philharmonic in October, ringing in the new year conducting the Royal Scottish National Orchestra in Glasgow. Later in 2020, he returns to Göttingen International Handel Festival, where he spent 20 years (1991–2001) as the festival’s artistic director.

McGegan has been involved in a decades-long collaboration with choreographer Mark Morris, notably the premiere performances of Morris’s production of Rameau’s Platée at the Edinburgh Festival, and Handel’s Acis and Galatea and L’Allegro at venues including the Ravinia Festival, the Mostly Mozart Festival in New York, and Cal Performances in Berkeley.

When asked about highlights of his career, two Rameau operas, Platée and Le Temple de la Gloire were on top of McGegan’s list: “I love staged opera and these two very different productions were perfect heaven for me: glorious music, entrancing dancing, great singing and playing, and a lot of wit.”

McGegan’s prolific discography includes more than 100 releases spanning five decades. Having recorded more than 50 albums of Handel, McGegan has explored the depths of the composer’s output by recording a dozen oratorios and some 20 of his operas.

Under its own label, Philharmonia Baroque Productions, PBO has released acclaimed albums of Handel, Scarlatti, Vivaldi, Brahms, Haydn, Beethoven, and more. His recordings have received two Grammy nominations and a Gramophone Award.

McGegan is committed to the next generation of musicians, frequently conducting and coaching students in residencies and engagements at Yale University, the Juilliard School, Harvard University, the Colburn School, Aspen Music Festival and School, Sarasota Music Festival, and the Music Academy of the West. He has been awarded the honorary degree of doctor of music by the San Francisco Conservatory of Music; an honorary professorship at Georg-August University, Göttingen; and in 2016 was the Christoph Wolff distinguished visiting scholar at Harvard. 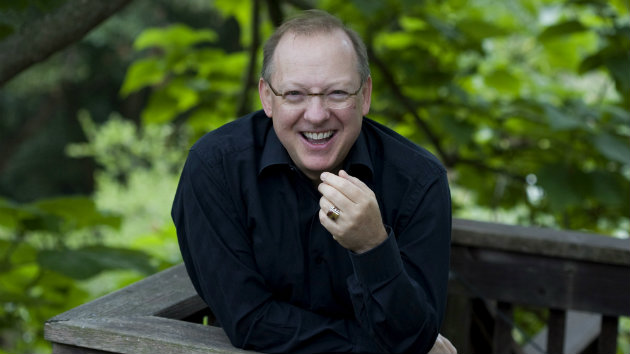 Catching McGegan for a few questions was not easy, as even shortly after his hip replacement, he kept moving at the speed of light. Finally, we had a few minutes last weekend, between returning from Kauai and his one-week-a-year vacation, and leaving in the morning for a month on the East Coast and Europe:

What of your “farewell season”?

This PBO season contains many elements of what I have done in the past here: a major Handel Oratorio, some new music, a big classical show, plus the extra “grand finale” of a fully staged French opera which we’ll also take to Versailles. So it isn’t really a “farewell” season at all.

How is your health?

I am in great health, especially now that I have a new hip. Having the surgery was a really good decision and I was amazed how relatively painless and straightforward the whole procedure was.

In my new bionic state, I hope to have another decade of work ahead of me without having to deal with orchestral administration, fund raising, or board meetings; in other words, just making music.

One of the great things about conducting is that there is no age limit. I am certainly ready for new adventures, perhaps returning to conduct opera, especially Mozart.

What are the current highlights in your always-busy career?

Just last month I was appointed principal guest conductor for life of Capella Savaria, the Hungarian ensemble that performs on original instruments. I have collaborated and recorded with them since 1984; our 19th recording, Mozart Serenades, will be released in Spring 2020. I hope to continue recording and giving plenty of concerts with them in Hungary and Europe.

I hope to continue my regular visits to modern symphony orchestras around the world. I know that in the season after I have left PBO, I will be in Australia for a month as well as going to the Toronto Symphony, St. Louis Symphony etc. I’ll also be continuing my association with the Mark Morris Dance Group.

On the teaching side, I am visiting Harvard next year as well as Juilliard. My summers revolve around Aspen and I expect to return to the Hollywood Bowl, something I have done almost annually for over 20 years.

Over the years, I have given quite a few talks and lectures around the world so it is not impossible that I may have a book in me — we’ll see.

Will you continue to live here after the season?

Berkeley is our home and so we have no plans to move, why would anyone want to?

Will we be taking more vacations and travelling for pleasure instead of for work? I hope so. I have never set foot in Africa, for example, and I’d love to visit my extended family in Cape Town and Durban. Also, since I wanted to be an archaeologist when I was a teenager, I would really like to revisit Greece and Sicily. As a bit of a “gastronaut,” I’d go there just for the food and wine!