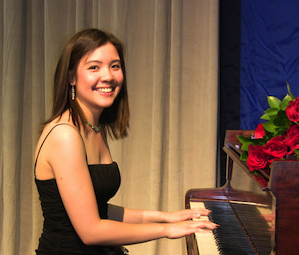 In our style-conscious times, stride piano — a powerhouse approach engendered in the early days of jazz in the '20s and '30s and named for the distinctive power of the left hand — has held a certain status: Most of you don’t get to hear it all that often, some consider it something of a dusty oddity, but there are diehard fans and practitioners who are fanatic devotees. Much of what we’ve heard of stride has been from movie scores, among them those associated with Woody Allen films, thanks to his collaborations with 86-year-old pianist Dick Hyman. In the Bay Area, patrons of the erstwhile Washington Square Bar & Grill, Pier 23, and the homey Rancho Nicasio in the outback of Marin County have had their cocktails and edibles enhanced by the stride stylings of 71-year-old lawyer Mike Lipskin, who performs what he calls "stride jazz" and who also inaugurated the Stride Piano Summit series for SFJAZZ in 1988. This year’s Summit, at the new Jazz Center on Aug. 25, will return veterans Hyman and Lipskin alongside a rare stride wunderkind, 26-year-old Stephanie Trick, who’s been concertizing and playing festivals across the U.S. and Europe, and has recorded in a variety of contexts, including with vocalist Lorraine Feather (who’s written her own witty lyrics to stride tunes), and Italian stride pianist Paolo Alderighi (who became Trick’s four-hand-piano partner and then her fiancé). The three stride masters will also appear at the Lesher Center in Walnut Creek (See more about the event here. SFCV caught up with Trick at home with her mother in Saint Louis, just before she flew off to Europe and a reunion with Alderighi.

You’re the first artist I’ve dealt with in a long time who offers a home phone number on her website and is willing to quickly put a batch of CDs in a package and mail them off. And even autograph them! It’s so refreshing!

Well, thanks. My dad, Allan, set a real good example for me. He was an IT professional, but after I graduated from college, he sort of switched from his cubicle job to helping both me and my mom, Alina, in our endeavors. She designs ladies’ blouses and children’s dresses; she’s from the Philippines, my dad was from California. He was my business manager and agent, but he passed on in November.

No, but they were as supportive as any parents could be. I started classical training on the piano when I was 5, and had a good 12 years before I started dabbling in stride. I studied rigorously, and ragtime was something I did on the side. But then my piano teacher, who was not an expert at playing popular music, gave me the sheet music to Carolina Shout [by black stride pioneer James P. Johnson], and something turned on in me: It was challenging, it was fun, and I had a natural affinity to the sound.

Something turned on in me: It was challenging, it was fun, and I had a natural affinity to the sound.

It wouldn’t have been the kind of thing you could have studied in school.

I stopped studying classical in college, at the University of Chicago. I knew they had a really renowned musicology and music theory program, but I went there mainly for their liberal arts education.

It almost seems you’d need to be a musicologist to explore stride and some of the other older styles of piano playing that you’ve featured on your recordings.

Just a few months ago, I had the chance to visit Rutgers University, where they have the Institute of Jazz Studies. I’m friends with a grandson of James P. Johnson, Barry Glover, who met me there. For a few days, I was able to look through 25 boxes of original manuscripts by James P., and by Fats Waller.

What were you looking for?

Maybe some more-obscure pieces that people haven’t really played. I wanted to come face-to-face with James P.’s work. There’s something about holding the original manuscript and seeing the pencil markings, knowing that he’d touched the same paper. It was really moving. And at that point in his life, he wasn’t writing so many pop pieces and stride tunes; he was orchestrating more, writing symphonies and concertos. There are songs from his longer works that I could make a version of, and I would like to do an album.

There’s something about holding the original manuscript and seeing the pencil markings, knowing that James P. touched the same paper.

His moving on to other forms reminds me of how several early black composers of popular piano music were acquainted with classical music, among them Scott Joplin, who wrote an opera along with his ragtime pieces. Have you encountered segregation between genres?

In jazz, to say that “you can’t play that bebop lick over this swing tune,” or saying “stride is too old” — those kinds of distinctions are not helpful. As for classical, do you know [her sometime teacher] Rossano Sportiello?

He’s a colleague of Dick Hyman’s and Mike Lipskin’s who’s blurred the boundaries between classical and jazz and stride and has done several recordings of Liszt, Schubert, and Chopin, where he plays them and then goes into his own jazz improvisation.

Have you stayed with the classics?

Well, sometimes I work on Chopin études, ’cause they’re good, though they’re hard. And I love Beethoven’s late sonatas, and I love Brahms.

Out of those, I’d maybe more easily see the link between stride and Chopin, where you also need strong hands.

The left hand is much more active in stride; there are physical demands. Rossano has seen that Chopin connection and used it for getting into stride. He’ll take the Revolutionary Étude and then transform it into a really hot stride number.

Was it your idea to transform Anitra’s Dance for one of your recordings?

No, that came initially from an obscure pianist named Donald Lambert [who died in 1962]. He was very aggressive with the left hand. If you listen to Fats Waller or James P., their left hands are much lighter and bouncier.

Are there differences in how the stride pioneers composed?

Of the big three — James P., Fats, and Willie “The Lion” Smith — I would say The Lion had the most unique approach, in terms of harmony and textures and techniques that others may not have used. James P. is known as “the Father of Stride Piano,” and I think he earned that title with the body and creativity of his compositions. He’d write out everything. And Fats, he’d just write out the melody line, and that was it, and he’d go into the studio and improvise. He was a genius, had a ton of creativity, but at the same time, he had a different personality. I love them all, but I probably lean more towards James P. and Fats in the way I play. I really like their ideas, which I incorporate subconsciously.

It’s nice, in a performance or on an album, to not give your audience a headache by just playing fast pieces. It’s good to express other emotions.

Were you surprised that there weren’t more female stride players?

Everyone tells me, “You’d need to have big hands and be so strong.” But for me, it’s just something I was drawn to naturally, so I never really thought about why, as a woman, I was attracted to it.

You look so happy in your publicity shots. Is that part of why stride works for you?

I think so. Stride does have a pretty heavy emphasis on that end of the emotional spectrum, but it can express other things. If you think about the [black] people it came from, they did not have the happiest existence, but they were still making music.

Is stride more theatrical than other piano styles?

It’s fun to watch, but I wouldn’t say that because it’s accessible, it isn’t as much of an art form. But where it got started, at rent parties and dance clubs, where it had to get people on their feet, it had to have fun. Where you might not have had a band, you had to figure out a way to make the piano sound full and alive.

But you’ve found a lot of variety in stride.

Yeah, and I’ve listened to a lot of other styles from the same era, and they all kind of go together. You can play stride, and then play a nice ballad as a slow stride.

You mix it up on your various recordings.

Exactly. I’ve gotten into boogie-woogie, which is a different thing altogether, and blues. It’s nice, in a performance or on an album, to not give your audience a headache by just playing fast pieces. It’s good to express other emotions.

What are the differences between the three of you we’ll be hearing in the Bay Area later this month?

There’s no comparison between me and Dick or Mike, because I’m really the grasshopper of the bunch. Dick has such a wealth of experience and résumé; he played with Charlie Parker! And Mike, having learned from The Lion, has something in him that’s special, a closeness to the music. I’m fortunate to be sharing their experience.

You’re booked at a jazz center here. Does stride have a solid place in jazz history?

I think stride piano was just the basis of piano jazz, and all pianists go back to that. In the ’20s, everyone played stride; they had to know how to do it.

Although stride began as black and American, it now has an international Summit in Boswil, Switzerland.

I went there, five years before I really started listening to stride. It’s a small town outside of Zurich, and I was invited to appear there in 2008; it was my first international performance. There were five other pianists there, from Europe and the U.S., and I was the youngest — 22, and the only girl. They all kind of took me under their wings, and I learned more in that weekend than in any other weekend in my life. It was a real turning point for me, and that’s when I decided this is the kind of music I want to play for the rest of my life. And it was really neat how some of the best stride pianists are in France or Italy, where you might not think there would be any.

And among them, there in 2008, was Paolo Alderighi, your future husband.

The organizers give you the program of who you’re gonna play with, and since I was new, I didn’t know anyone, but I was supposed to play with Paolo. He was just the nicest person. He knew I was scared, but he always was there for me that weekend. And I loved the way he played, immediately. He has a unique approach that’s a mix of all sorts of influences. The organizers now take pride in having introduced us. I think they wanted to see us together! [She laughs.]

You’re about to head off to Europe.

Tomorrow! I’ll be going to Italy, and I’ll be there for six weeks, then playing in England, France, and Germany. Paolo is over there, and we’ll come back, and get married, four days before those concerts in the Bay Area.