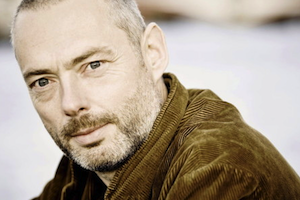 English tenor Mark Padmore remains at the top of his game. As his long overdue San Francisco recital debut approaches on Oct. 4 and 6 in two exceptionally rich programs masterminded and accompanied by the brilliant pianist, Jonathan Biss, he can reflect on a long career that includes recording awards from BBC Music magazine for his disc of Handel Arias with the English Concert and Andrew Manze (2008), Gramophone Magazine for Schubert’s Winterreise with Paul Lewis (2010), Edison Klassiek for Schumann’s Dichterliebe with Kristian Bezuidenhout (2011), and, perhaps on Sept. 27, Gramophone again for his recital of Britten and Finzi with the Britten Sinifonia and Jacqueline Shave.

Only twice before has Padmore sung in the Bay Area. The ever-prescient Nicholas McGegan has conducted him here twice with Philharmonia Baroque, first in Rameau’s Platée with the Mark Morris Dance Group, and later in Handel’s Samson. But this is the first time that we will hear Padmore perform the lieder that increasingly occupies the majority of his time before the public. That his recitals include, not only his fêted approach to Dichterliebe, but also two cycles that he has yet to record, Beethoven’s An die ferne Geliebte and Berg’s Seven Early Songs, promises one of the highlights of the fall season.

In excerpts from a recent 45-minute Skype chat, Padmore reflects on the arc of his career, his chosen repertoire, and the artistic importance of art song.

The audience for lieder and art song is diminishing in the United States. How do you feel about the importance and value of the art form?

Obviously there is the slightly forbidding feeling of listening for an hour and a half to songs in a foreign language. Even more than opera, there’s this sense that you’re being directly communicated with without an intermediary or production to help you, and you’re perhaps struggling to know what the singer is going on about.

Having said that, a little bit of background work, and a little bit of reading of the program immediately beforehand can really pay dividends. I listen to recitals of repertoire I don’t know, and really try to focus on the singer and what’s going on there.

I know from reactions to recitals where I sing these great works that people absolutely can be absolutely transported to a different world. It’s unbelievably powerful repertoire. Bad vocal recitals are pretty awful things; they can be really dull, and often you can’t even drift off because the music can be a bit insistent. And there are probably too many bad ones about. But great ones are something else.

I know from reactions to recitals where I sing these great works that people absolutely can be absolutely transported to a different world.

Ruth Felt of San Francisco Performances tells me that even Carnegie Hall is having a hard time filling the hall for vocal recitals. Are there enough recital opportunities for you?

I feel there are. We’re of course very blessed in London with Wigmore Hall. It’s a really great recital hall that attracts an amazing roster of singers. It’s a privilege to sing there, and we’ll bring the two recital programs there immediately after San Francisco. We’ll also bring them to Amsterdam, which has another beautiful recital hall. They’re not big; Wigmore Hall seats maybe 550, and the hall at the Concertgebouw is about the same size.

I do something approaching 50 recitals a year, and it can range from tiny little English churches to the concert house in Vienna. I love that variety, and the ability to speak with different people, because it’s all about poetry and communication and putting the music across. It’s often in intimate situations where you’re best able to do that.

How long have you worked with Jonathan?

San Francisco will hear us together in public for the first time. It’s a really wonderful opportunity. I believe his agent, Jessica Ford, is married to a pianist I work with a lot, Roger Vignoles. I think Jonathan must have dreamed up the program, and asked Jessica whom she might suggest as the singer.

Jonathan and I were just working together on the repertoire in London. It’s so easy to make music with him. He’s a highly intelligent pianist, and we seem to have similar instincts. I really like working with him.

Your interpretation of Dichterliebe is different from all others I’ve heard. The minor key, and the direction in which the cycle is heading, are to my ears there from the very first song. Yet you begin in a very sunny manner. Why?

The main thing to stress about Dichterliebe, which comes to the fore when you work with a great pianist like Jonathan, is that it is essentially piano music. Schumann’s first 23 opuses are all piano pieces. Then he has this incredible year, 1840, when he writes something like 160 songs, and he finally marries Clara. They’ve been struggling, they’ve been separated, her father has banned them from getting married, and they had all this legal stuff to get through. In the year they are finally able to get together and be married, he is writing her these songs.

He sends them to her; she plays them and sings them herself. So they are kind of encoded messages between the two of them. Musicologist Eric Sams has delved into the particular type of coded language that they developed.

Therefore, as a singer, you have to realize that a lot of the emotional weight is carried in the piano writing. One of the really clear things about Dichterliebe is that the piano postludes, which are the real emotional high points of the pieces, get longer as the cycle progresses. You start off with just one or two notes in the first two or three songs, and then, gradually, Schumann can’t contain himself within the vocal span.

Often, the piano tops the voice, even in melodic shape. The voice is sometimes intoning. In a song like [singing softly] “Das ist ein Fluten und Geigen,” the vocal line isn’t really a melody; it’s the piano’s dance around it that you’re listening to as you hear the words almost spoken.

And in a way, I’m there for the ride ... When you’ve got a pianist as good as Jonathan, it’s a very rich experience.

This is a really long answer to your question. I take my interpretation as much from how I understand the piano writing of the piece as anything. I approach the extended postludes as if, particularly in song 12 and the final song 16 (where he recapitulates some of the postlude of song 12 and extends it), that is where everything is headed. And in a way, I’m there for the ride ... [laughs] When you’ve got a pianist as good as Jonathan, it’s a very rich experience.

You’ve given me a lot of wonderful information, but it doesn’t fully answer my question. In the beginning, I don’t hear a sense in your voice of the tragedy and heartbreak that are to come. Perhaps you don’t intellectualize your process, but I’d love you to address why you do this as best you can.

My process happens time and time again, which is another of the joys of the way I work. I work with Paul Lewis, Till Fellner, Roger Vignoles, Julius Drake, now Jonathan Biss, and Kristian Bezeidenhout, whom I recorded the cycle with. To me, that is the experience. I don’t make a set decision about how the cycle should be that I then get the pianist to follow. It is absolutely a dialogue and partnership, and I’m really open to discussion and working the cycle in different ways.

Having said that, Dichterliebe starts off with “In wunderschönen Monat Mai.” I do think that if you don’t capture that as a sort of wonderful expression of something, then you don’t have enough contour to the cycle. Yes, there’s ambiguity to it, and, because of Heine’s poetry there’s a great sense of irony; he is one of the most bitterly ironic poets that we get to sing. But there is also the sense of it being a real bouquet of love. The second song talks about this, about giving the beloved flowers and the nightingale singing. So I do think you need to be aware of that.

I don’t think it’s an entirely tragic cycle. Schubert’s Die schöne Müllerin definitely ends in despair and suicide, and Winterreise is existentially the dark night of the soul, but Dichterliebe does have ambiguity. It was written as love music. It’s a poet’s love. It does contain some pretty nasty music for someone who is about to get married, and music that really makes you weep, but within it, there is also great hope for love.

Yes, and in the recording, Kris Bezuidenhout is using a fortepiano, which changes things quite a lot. Kris is a very sort of particular pianist and wonderful musician — it’s been a real joy to work with him — but it is a very different style of playing to Jonathan’s.

On October 6, in addition to Dichterliebe, you also sing five Heine settings from Schubert’s Schwanengesang and Berg’s Seven Early Songs. The Berg you haven’t recorded.

I’m not quite sure, but I don’t think many men have sung these songs. They are traditionally sung by soprano, and recorded by sopranos and high mezzos. They’re wonderful songs, written by a male poet. There’s actually no reason why the voice should not be a male voice, but whether Berg ever imagined it, I’m not sure.

They’re also absolutely new to me. In fact, when we perform them in Europe, Camilla Tilling will come to them, but it would be much more expensive to bring her to California. And I’m really delighted to have learned them for this program. We did debate whether it was the right thing for me to sing them, or if I should sing something else, but it did seem really fortuitous.

It’s Jonathan’s program, and Jonathan’s ideas. That’s why the first program on October 4, where I do Beethoven’s An die ferne Geliebte, also has the Schumann Fantasie, which quotes from it. I’ve never heard of somebody able to do those two pieces in the same recital.

[In an email, Biss writes, “The basic idea of the program was that the Berg pairs with the Gesänge der Frühe (solo piano) with which the first program begins. It is just about the last music Schumann wrote, and I find that the strange, wonderful harmonic language in it really anticipates Berg in an uncanny way. Plus they are pieces "of the early morning," so going into "Nacht," with which the Berg begins, works very well, I think.

The Schwanengesang (Heine songs) and Dichterliebe are a separate unit. The connection in the latter is simply the poet — I thought it would be very interesting to see how two of the greatest (if not the greatest) composers of lieder, working only a decade a part, reacted to texts from the same source.”]

How are music lovers reacting to the first recital’s unusual coupling?

Audiences seem to want either a vocal recital or a piano recital, and not necessarily a combination of the two. Interestingly, I was at Wigmore Hall today, and it hasn’t sold well for that reason. Neither vocal recital nor piano recital lovers seem particularly tempted by something that is an intelligent amalgam of the two.