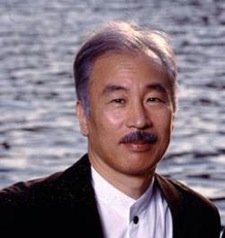 The Tokyo String Quartet, founded just over 40 years ago, is known as one of the most significant chamber music ensembles today. The quartet has produced more than 40 recordings, and touches audiences in hundreds of concerts annually around the world. As mentors, its members pass along their trade at the Yale School of Music and the Norfolk Festival. Violist Kazuhide Isomura has been with them all the way — the only remaining founding member of this illustrious group. His secret? “I’m obsessed by string quartet literature.”

The Tokyo String Quartet will be presented by Chamber Music San Francisco, on May 14 at 8 p.m. at the Herbst Theatre.

You came to this country over 40 years ago. Do you remember anything about the shock of immigrating, or your early impressions of the U.S.?

All of the original quartet members were Japanese, born and raised in Tokyo, but our home has always been New York City. We didn’t come to the U.S. to immigrate, but to study at the Juilliard School, and we had no idea we’d stay this long. We found New York so culturally diverse; it was easy for us to be ourselves. It has been an ideal place for us to create our own identity and style, because we didn’t have to adapt to an external tradition.

What impact have the personnel changes over the years had on the quartet?

The major member change came after 11 years when we lost our first violinist. Our friends suggested finding a Japanese replacement, since we were unique as an Asian string quartet. But we cared more about music than about nationality, and Peter Oundjian became our violist. We had always rehearsed in Japanese until then, so when we had to start in English, it was a big change.

In the Japanese language, we talk about something and quite often don’t say everything — there’s a lot of implication involved. So even though three of us were speaking in poor English, we started communicating in a direct manner, and in a way we enjoyed it. From that time on, we didn’t always look for consensus; we were able to express ourselves and get clear results, which probably reflected in our playing style, too. Also, Peter joined us from a completely different educational background. He was able to see us objectively, and brought an opportunity to examine what we had been doing and to think about ourselves in a new way.

And now you have two non-Japanese members in cellist Clive Greensmith and violinist Martin Beaver [second violinist Kikuei Ikeda has been with the group for 35 years].

Yes, we are half Japanese, and sort of half British. Clive is British, and Martin came from England with two passports, Canadian and English. We’re really just cosmopolitan!

I have a recording of your Beethoven quartets on BMG Classics/RCA from 1993. And you’re currently releasing recent recordings of the same quartets on Harmonia Mundi. What is different about recording this repertoire after 17 years?

One thing is that the scores we play from now are authentic urtext scores, which we didn’t have for all of the quartets back then. Now we don’t have to play from an editor’s markings, we just look at the music and see right away what Beethoven intended. Knowing how the composer wanted the music, we can try to read beneath the markings, and interpret in our own way, more confidently and objectively, which is great.

How has the group’s sound changed?

Our concept in playing chamber music has not changed drastically, but we are more flexible. Years ago when we were younger we tried to do things with unity, which is of course very important, but in the early years we were more stiff about it. These days we communicate a little more freely and we try to give individual personalities more liberty, while projecting as one. Our style became a bit more spontaneous. At the core, understanding and respecting the essence of the repertoire is of primary importance for us.

What motivates and excites you after a 40-year career in chamber music?

I became a quartet player because I’m obsessed with the string quartet literature. Even so, we change our programs every half a season so we can always be fresh. We simply try to do our best at each concert.

Basically, yes. Because we are musicians who are living in the 21st century, we have to think about the future of our music. We try to collaborate with living composers and support them a bit in producing good, new work. Our commissions of new works are important, but at the same time we do have so much nice repertoire from the past!

Tell us about your family.

In the quartet we have four Japanese wives. It’s a big coincidence; we didn’t know it would work out this way. My wife, Akiko, used to be a dress designer, and the three others play musical instruments. We all live in the New York area but I’m the only one in the city; the others live outside. I have two sons, who are 33 and 28. The elder one is a banker and the younger is studying to be a conductor at the University of Michigan.

When my children were very young, I really missed them, and my wife, too. Being away from family is one of the toughest things about this business. Sometimes having two families is not so easy, but it’s a fulfilling life.

How long will you keep playing?

As long as I can. I won’t give it up easily, and hope to do it for quite a few more years. I just never get tired of quartet music.