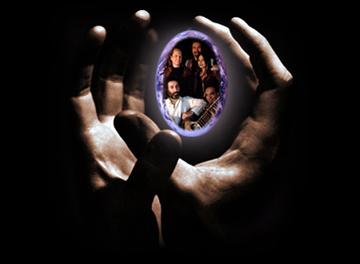 Subscribers to the Ancient Future Times wrote to suggest that Ancient Future offer virtual concerts during the pandemic and beyond. A new series of Alternate Reality Concerts from the Ancient Future was created in response, and Matthew Montfort was the inaugural performer on his birthday, February 12, 2021.To sign up for upcoming shows, simply send your email address to [email protected] Put "Alternate Reality Concert" in the subject. You will receive a link to participate before each performance. There's currently no charge, but donations are very much needed to support the music, especially in this time of uncertainty as to when concerts will again be safe and potentially economically viable.

Exactly four months later, Ancient Future will perform a live streaming concert on June 12 at 3:30 PM PST. It's the first Ancient Future performance since the end of their 40th anniversary season in late 2019, when the band performed at the Kentucky Mine Amphitheater in Sierra City, California. Tabla master Aditya Kalyanpur was on that date and handed his iPhone to audience members to take videos of the performance. He shared the results with Jhankar, an Indian arts organization in Cincinnati, and they came forth to sponsor this streaming concert. The concert features a trio program consisting of Matthew Montfort on scalloped fretboard guitar, Aditya Kalyanpur on tabla, and Frank Martin on keyboards. The set list features compositions by Matthew Montfort and Frank Martin.

Aditya Kalyanpur began his training on the tabla at the age of five under the guidance of two of India's top tabla masters: the late Alla Rakha Khan and his son Zakir Hussain. Aditya was first seen performing with Ustad Zakir Hussain for the famous "Wah Taj!" television commercial at the age of 11. His style consists of bold and clear execution of syllables, pinpoint precision in rhythm coupled with a colossal repertoire of compositions and improvisational technique. He has performed with top Indian artists including Shivkumar Sharma, Shujaat Khan, and A.R. Rahman. He can be heard on Katy Perry's "Legendary Lovers" from her album "Prism," and also recorded with Keith Richards of The Rolling Stones.

Ancient Future leader Matthew Montfort is a pioneer of the scalloped fretboard guitar (an instrument combining qualities of the South Indian vina and the steel string guitar). He is on DigitalDreamDoor.com's 100 Greatest Acoustic Guitarists list. Inclusion on the list is based on originality, innovation, technique, and influence on other acoustic guitarists over the years. He has performed worldwide, including the Festival Internacional de la Guitarra on the golden coast of Spain near Barcelona, the Mumbai Festival at the Gateway of India in Bombay, and the Music for People and Thingamajigs Festival in San Francisco, from which a segment of his performance was broadcast on the Rachel Maddow Show on MSNBC along with an interview about his guitar work. Montfort wrote the book Ancient Traditions - Future Possibilities: Rhythmic Training Through the Traditions of Africa, Bali, and India, which has been used by many musicians to improve their rhythm skills.