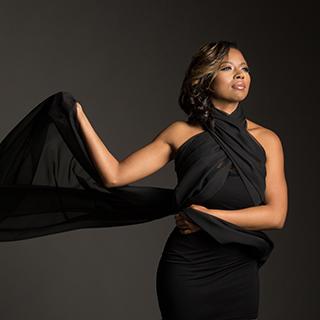 Bay Area jazz vocalist and composer Tiffany Austin returns to Tateuchi Hall for a tribute to Ella Fitzgerald. Austin said she “chose the music of Ella Fitzgerald because she has been woven into my musical consciousness since I was very young. The effortlessness, the mastery, the joy that she imparts with her voice was something I couldn’t get over and something that I”m still enamored with to this day.”

Austin appeared on the national scene in 2015 with the release of “Nothing But Soul,” one of the decade’s most widely hailed debut albums. With her second album, “Unbroken,” she stakes a claim as a formidable songwriter and intrepid musical explorer.

“….She conjures a resilient and soul-sustaining world of African-American music in all its brilliant humanity, encompassing country dances and prayer services, protest marches and nightclub revelry, repression and transcendence.” -Mercury News