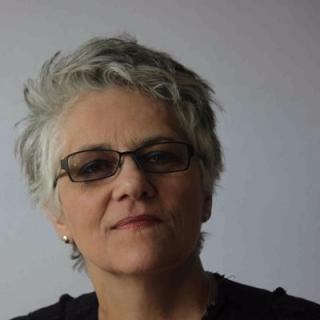 As the springtime blooms, we welcome the season with a fresh installment of our "First Mondays" series. This month we are presenting a performance of Linda Bouchard's "Second Survival". This piece will be performed by Tod Brody (alto flute), Peter Josheff (bass clarinet), Terrie Baune (violin), Ellen Ruth Rose (viola), Thalia Moore (cello), Brenda Tom (piano) and will be conducted by Mary Chun. This performance will be accompanied by commentary from Bouchard and Chun, and will be premiering live on our YouTube channel at 7pm (PST). Visit the our webpage dedicated to our wonderful players to learn more about each of these talented individuals. LINDA BOUCHARD: Born in Val d’Or (Québec), Linda Bouchard has been active as a composer, conductor and producer for the last thirty years. Her works are heard regularly on both sides of the Atlantic and are recorded by the CBC, Analekta, Marquis Classics and CMC in Canada, ECM in Germany, and CRI in the US. In 1977, Linda came to the USA to study with Henry Brant. In 1979, she moved to New York City, where she lived until 1991. She went back to Montreal for the world premiere of "Elan" with the Orchestre Métropolitain. From 1992 to 1995, she was composer-in-residence with the National Arts Center Orchestra in Ottawa, Canada. In 1997, she left Montréal, Québec and moved to San Francisco, where she currently resides with her husband and her son. In 1999, she received a first Prize as Composer of the Year from the Conseil Québecois de la Culture and the Joseph-S-Stauffer Prize from the Canada Council for the Arts. Her honors in the US include first prizes in the Princeton Composition Contest, the Indiana State Competition, the National Association of Composers USA Contest, and a Fromm Foundation Award from Harvard University. SECOND SURVIVAL: for alto flute, bass clarinet, violin, viola, cello, and piano World premiere; Earplay/Fromm commission Second Survival is a revised version of Systematic Survival, composed in 2009. The composer felt inclined to give the piece a modified title because she made enough revisions to the work that it will be perceived as a different piece, although still intimately related to the original version. "This piece is about the wonder I feel at our ability to endure and to persevere in the face of challenges — and to create unlikely systems to sustain ourselves through the journey. Second Survival is also about transformation. As usual, I am concerned with texture and rhythmic interplay. In an obvious way, I have the woodwinds in one group and the strings in another. The piano straddles the strings and inhabits a textural world of its own by being prepared with small mutes, becoming in this way a 'ghost' percussion player. I am always interested in defining the timbral colors of my instrumental groups and finding points of juncture between these worlds." — L. B.
Date:
Mon, May 3, 2021 - 7:00pm
Venue:
Online
Organization:
Earplay
Genres:
Chamber Music
Region:
East Bay
Price Range:
Free