Presented by Ensemble for These Times 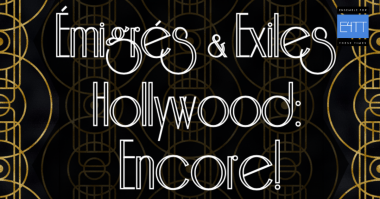 Back by popular demand: E4TT will bring its 14th Season to an exciting close with a hybrid performance at the Berkeley Piano Club AND online on Saturday, June 18, with “Émigrés & Exiles in Hollywood: Encore!” a reprise of a some of the favorites from E4TT’s much-loved multi-year exploration of composers who fled Europe in the 1930s and ‘40s and became known for establishing today’s “Hollywood” sound, along with Polish composers of the same era.

All tickets are fully refundable up to one day before the concert.