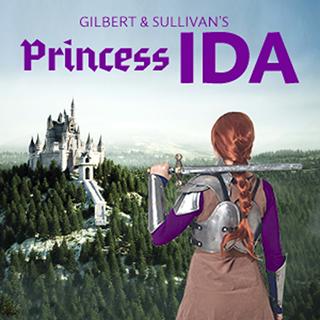 Gilbert and Sullivan's PRINCESS IDA, based on the poem The Princess by Tennyson, was written originally as a satire on the feminist and Darwinian movements of the late 19th Century. The original ending, with its defeat of the Princess’s dream of running a women’s university, is difficult for modern audiences and performers to accept. Stage Director Barbara Heroux went back to the original poem and found a rich love story that argued for a better ending. With subtle changes in dialogue, the characters are allowed to maintain the humor of the original but give us a plot that is pleasing to our 21st Century views.

Lamplighters’ production of PRINCESS IDA has received multiple awards internationally for past performances in the U.S. and the U.K. Ms. Heroux has continued to adapt the script in this production to be even more relevant to 2020. In a year with so many women running for president, why not have a Princess choose her own path?