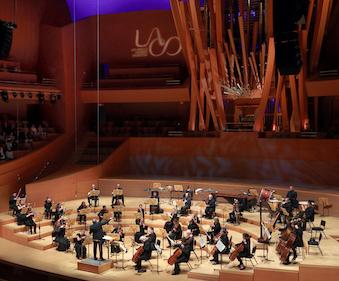 Los Angeles Chamber Orchestra continues to expand its digital offerings with SummerFest 2021, a series of five free streaming programs showcasing performances from the orchestra’s first in-person concerts in 15 months. The episodes, which are being released biweekly on Fridays, from August 27, through October 22, 2021, at 6 pm (PT), will be available on demand at laco.org/Summerfest-2021. The episodes feature performance footage of Music Director Jaime Martín conducting LACO concerts reopening The Music Center’s Walt Disney Concert Hall on June 26 and The Huntington’s Rothenberg Hall on July 1.

The first episode, debuting August 27, spotlights Martín leading Ginastera’s Variaciones concertantes, a work infused with the folkloric-influenced melodies and rhythms of Argentina that was the first to be performed in Walt Disney Concert Hall since the venue was temporarily shuttered due to the global pandemic.

SummerFest 5, available for streaming beginning on October 22, concludes the digital series with Juan Pablo Contreras’ Mariachitlán, the title track on the composer’s Latin Grammy-nominated album, an orchestral homage to his birthplace, the Mexican state of Jalisco, where mariachi music originated. Also on the program is Gerónimo Giménez’s Intermedio de la Boda de Luis Alonzo, which was an encore at the Walt Disney Concert Hall concert.