Presented by Music in the Vineyards 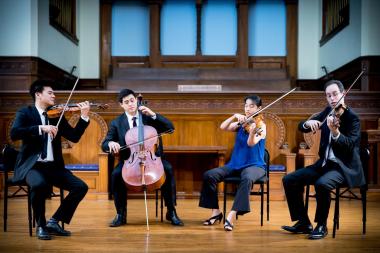 Three classic silent films, with original music by Stephen Prutsman performed by festival musicians, recreate the cinema experience of 100 years ago, before recorded sound was integrated into film making in the 1920's.  The main attraction is a Buster Keaton classic, Sherlock Jr. from 1924. A Trip to the Moon (1902) is considered the earliest science fiction flick, while The Cameraman's Revenge (1912) is one of the first-ever animated films.

Program:
A Trip to the Moon
Georges Méliès