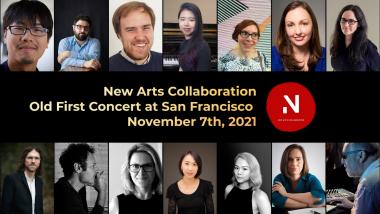 Pianist Ting Luo gives the World Premieres of a series of works for solo piano and immersive visuals by living composers in Bay Area and beyond, including Danny Clay, Chatori Shimizu, and Jean Ahn, in collaboration with visual artists including Charles Woodman and Jo Ho.

‘’External and internal spaces began to blend, allowing dreams, memories, and fragments to be unearthed and brought into the light. ‘’ - Nicki Davis (NAC Visual Collaborator)

The entire program is formed organically and freely from each individual artist's inspiration and aesthetics.