Stanislav Khristenko - a benefit for Ukraine 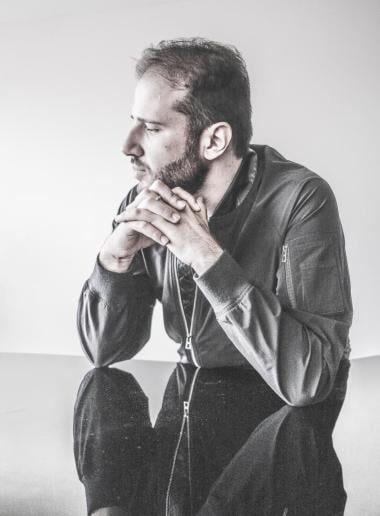 GoFundMe will send collected funds directly to the charity Nova Ukraine. Nova Ukraine (novaukraine.org) is local to the Bay Area, started by a Ukrainian Facebook engineer after the Crimean invasion. Don't forget to also purchase a ticket if you are planning to attend in person.

Described as a “poet of piano” by Le Soir (Belgium), Ukrainian-born American pianist and conductor Stanislav Khristenko has performed as a pianist in some of the world’s major concert halls and recently launched his second career as a conductor. He has been praised for “emotional intensity”, “charismatic expression”, “palette of touches”, “solid” and “precise technique” by The New York Times, The Washington Post and Miami Herald (US); The Gramophone and BBC Music Magazine (UK) and El País (Spain).

Stanislav Khristenko was born in Kharkiv, Ukraine, and got his early music education there. He gave his first piano solo recital in Kharkiv Philharmonic Hall at the age of 11. Later he graduated from Moscow Tchaikovsky Conservatory before moving to the United States in 2008. Most of his family still resides in Kharkiv. In recent years. Stanislav started projects in his. hometown by co-founding one of the major classical music festivals in Ukraine, KharkivMusicFest, as well as founding Nova Sinfonietta Chamber Orchestra. In just 4 years of existence, KharkivMusicFest presented performances of the world’s top musicians as well as unique projects including outreach concerts, painted pianos on streets, Festival Orchestra, a classical music forum, Children’s Orchestra, among others. 2020 KharkivMusicFest had to be canceled due to the pandemic and most of its program was presented in the Spring of 2021. This year’s KharkivMusicFest was planned for the end of March. Its large-scale program had to be replaced with one concert in the subway shelter by only five musicians that stayed in the city. This year KharkivMusicFest was featured by Washington Post, ABC News, among others. As a Founder and Music Director of Nova Sinfonietta Chamber Orchestra Stanislav has conducted works of over 40 composers in the orchestra’s first three seasons. In the 2018-2019 season Nova Sinfonietta ArtConnect project brought together musicians from Odessa, Lviv, and Kyiv chamber orchestras for alongside performances. Nova Sinfonietta orchestra musicians started a Children’s Orchestra initiative playing alongside young musicians. Later it became KharkivMusicFest Children’s orchestra. Orchestra’s activities were interrupted by the pandemic in 2020. At this time, most of the musicians have left Kharkiv finding shelter all over Europe.

Stanislav Khristenko is a Steinway Artist.