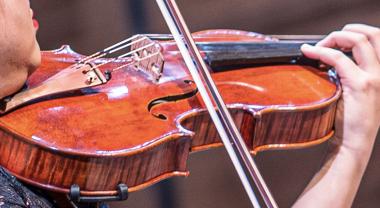 Get to know Jonathan Vinocour:

Jonathan Vinocour joined the SFS as Principal Viola in 2009, having previously served as principal viola of the Saint Louis Symphony and guest principal viola of the Leipzig Gewandhaus Orchestra. A native of Rochester, NY, Mr. Vinocour graduated from Princeton University and the New England Conservatory of Music. He is a regular coach at the New World Symphony in Miami and is also on the faculty of the San Francisco Conservatory. His first solo album was recorded with the support of the Holland America Music Society. He plays a 1784 Lorenzo Storioni viola, on loan from the San Francisco Symphony.