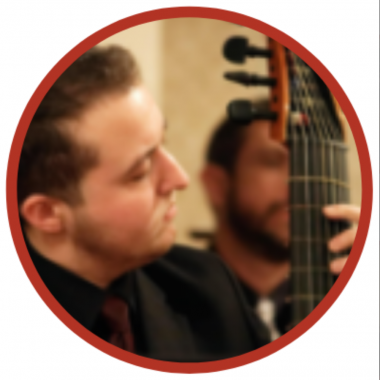 Precisely 120 years after Christian Rosenkreuz’s death in 1484, a group of his disciples unwittingly fulfilled the philosopher-magi's secret deathbed prophecy. Deep in a subterranean vault visible only to the Wise, the Rosicrucian Brothers accidentally discovered Rosenkreuz’s body—perfectly preserved and clutching a book of precious Alchemical Wisdom—encased in a heptagonal tomb of “twice-seven” triangles, squares, and circles. This tomb and its contents served as Rosenkreuz’s “compendium of the universe,” a temple of infinite knowledge joining Heaven and Earth in eternal union. Though mortal, avowed Rosicrucians sought to replicate this divine union in the life-giving “Chemical Wedding” of Mercury and Sulphur, which births the Philosopher’s Stone after consummation in the alchemist’s alembic. As this summer marks exactly 120 years since last summer's SFEMS classes (or so it feels…), it’s time to celebrate like it’s 1604: we’ll enter a hidden musical tomb, crack open a refreshing alchemical flask, and dig into 16th- and 17th-c. Rosicrucian counterpoint trickery explicitly designed to symbolize steps in the Chemical Wedding. Featuring the puzzle-canon stylings of Johann Theile, John Farmer (in disguise), Michael Maier, and others. Wherever you are on your musical path to divine unification, we guarantee we have a canon to get you there.

All levels. All instruments and voice-types.

Starting on May 1, join us for three months of virtual class offerings from our Baroque, Classical, Medieval/Renaissance, and Recorder Workshops! Whether you are a casual listener or a dedicated community player, we have over 100 lectures, demonstrations, and play-along sessions just for you.