SPECIAL EVENT—Profeti della Quinta: The Story of the Italian Madrigal 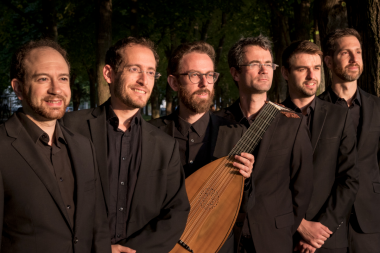 In their Bay Area debut, Switzerland-based ensemble Profeti della Quinta takes us to the intellectual ferment that was Italy in the 16th and early 17th centuries to explore the madrigal—a secular musical genre which allowed composers the liberty to marry poetry with music more than ever before.

This program traces the evolution of the madrigal from the highly expressive polyphony of Cipriano de Rore to the experimental, and sometimes outright bizarre, stylings of Luzzasco Luzzaschi, Carlo Gesualdo, and the little-know Scipio Lacorcia—whose liberal use of foreign harmonies in service to the poetry sounds decidedly modern. Also delight in revolutionary madrigals by Claudio Monteverdi, which shaped the incoming Baroque era and laid the groundwork for the musical dramas and early opera that would soon follow.

Mark your calendars for this unique opportunity to hear a group that has enchanted the early music world with its deep musicianship and pristine singing.