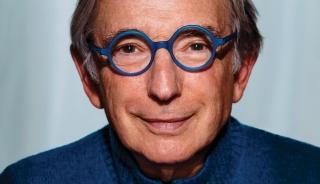 Enthralling, intimate, spacious, human. In his choral masterpiece Ein deutsches Requiem (A German Requiem), Johannes Brahms crafts an exquisite hymn of consolation. 100 years and an ocean away from the Requiem’s debut, 26-year-old Michael Tilson Thomas traveled to a Vermont nursing home to meet the nonagenarian Carl Ruggles. Devoted to the discovery of America’s visionaries, MTT became a lifelong champion of Ruggles’s music, and transformed the San Francisco Symphony into a hotbed for the new American sound. Now, in his final season as Music Director, MTT doubles down on his commitment to side-by-side performances of visionaries past and present with this inspired pairing of Ruggles and Brahms.