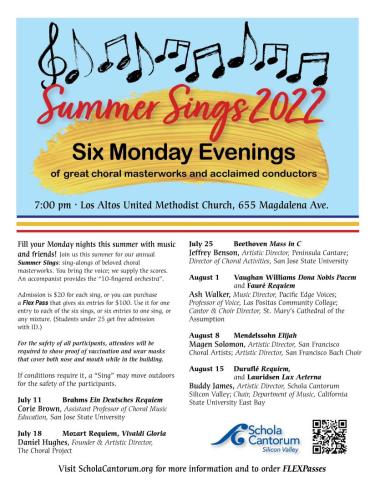 Like the Messiah Sing only different works by great composers. We provide the scores and the audience sings, conducted by locally renowned conductors including Schola Cantorum’s own Buddy James.