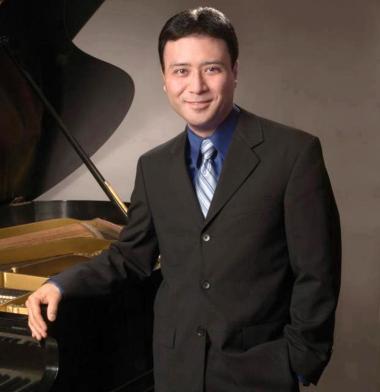 Steinway Society – The Bay Area will present Jon Nakamatsu, who continues to draw unanimous praise as a true aristocrat of the keyboard, on October 1 at the Hammer Theatre Center in San Jose.

The live concert will also be live-streamed online during the performance and will be viewable for 48 hours following the concert. Program notes and a recorded pre-concert lecture by classical music expert Dr. Gary Lemco are available at www.steinwaysociety.com

Nakamatsu plays with elegance, clarity, and electrifying power. He came to international attention in 1997, when he was named Gold Medalist of the Tenth Van Cliburn International Piano Competition, the only American since 1981 to have achieved the distinction. Extensive recital appearances include Carnegie Hall, Lincoln Center, and the Kennedy Center, as well as premier venues in Europe, South America, and the Far East. His CD, featuring Gershwin’s Rhapsody in Blue and the Concerto in F, hit number 3 on Billboard’s classical music charts. In 1999, Nakamatsu performed at the White House for President and Mrs. Clinton.

“The pianist Jon Nakamatsu plays with the calm assurance that comes of having both a solid technique and a gentle, introspective, interpretive spirit.”
-The New York Times