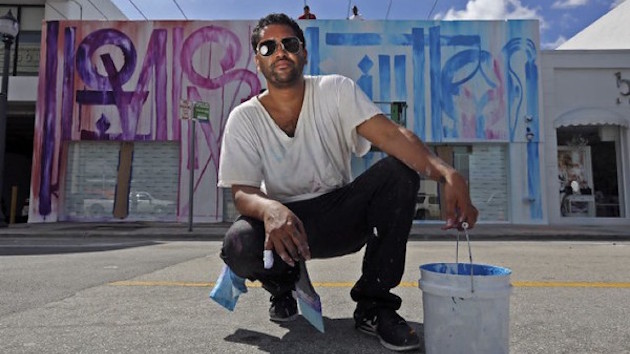 As David Gockley said back in January when he announced the 2016–2017 San Francisco Opera season: Aida “will have an arresting new production design.” The man in charge of that design is Los Angeles graffiti artist RETNA, 38 — formerly called Marquis Duriel Lewis — whose hieroglyphic drawings are reminiscent of the picture symbols used in Aida’s ancient Egypt.

Of course, it’s somewhat of a stretch: hieroglyphics convey sacred writing, graffito is a “rude decoration inscribed on rocks or walls.” And yet, there is nothing rude about RETNA’s work. He is not walking around Los Angeles (no one does), defacing walls — something he used to do a long time ago. His interesting abstract works have been selling well in important art galleries. 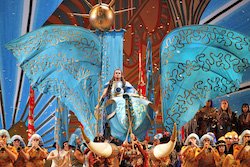 After many traditional presentations, Aida did get an unusual production in the War Memorial before. The last one, six years ago, was designed by Zandra Rhodes. RETNA’s will be completely different, and — probably — less expensive (unless the company brings in a few elephants for the Triumphal March ... not that I am saying this will happen). 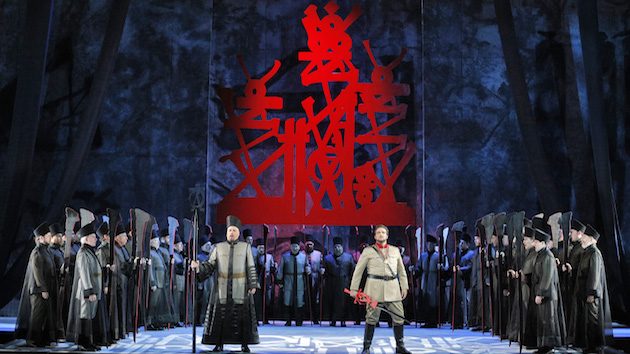 RETNA picked his nom de plume from a Wu Tang song (“Heaterz”); his first pseudonym, when he was 10, was “A1,” because he really liked the steak sauce. RETNA was the head of a graffiti crew and then a major art collective in L.A., both of which influenced his decision not to attend art school. He has said that he was inspired to pursue art after seeing graffiti on the freeway, and his practice now includes street art and painting on canvas. 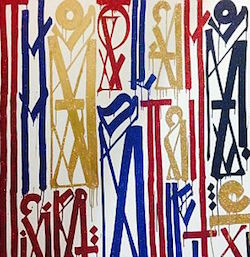 He has become known for his long and geometric script, which he developed while perusing Egyptian and Native American traditional symbols. Though his marks resemble the calligraphy of multiple cultures (he composes his works in English and Spanish), the writing does not belong to a particular language. RETNA says, “I want my text to feel universal. I want people from different cultures to all find some similarity in it — whether they can read it or not.”

In an interview on the S.F. Opera website, RETNA said he has “always studied ancient cultures because I was born of mixed race, but I always felt I was part of the world. Being asked to be part of this project, to work with Michael [Yeargan], to work with Francesca [Zambello] is a complete honor, it’s beyond belief, amazing ... this is exciting.”

He has been called on MOCAtv “a valiant and innovative unifier of culture,” and praised for how “[through] his uniquely curated alphabet of old English, Hebrew, Arab, Asian, and other calligraphy ... RETNA has created his own universal text by which to translate his emotions, dreams, and poetry.” Gallery owner Michael Kohn called him “Frans Kline meets Keith Haring.” 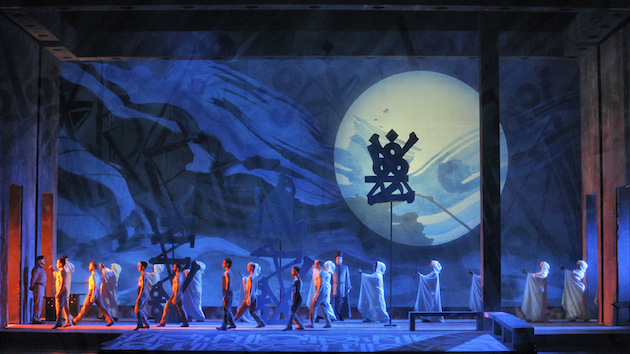