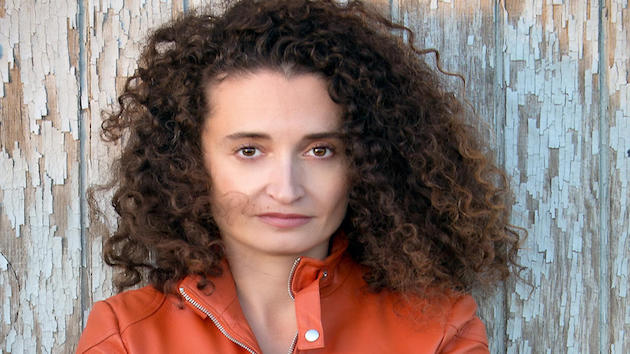 Small arts organizations that don’t have the benefit of a catalog of recorded or videotaped performances to fall back on, are discovering all manner of ways to stay in touch with their supporters during the pandemic. You may remember Ars Minerva, the plucky opera company founded by Céline Ricci to unearth and revive 17th and 18th-century operas that turn out to be wildly entertaining and often apropos in their new staging. They’ve been hosting a monthly series on Zoom called Cocktails and Chit-Chat, in which they give the recipe for a cocktail and then host a discussion about one or another aspect of their operation and productions.

The one this past weekend, Opera From the Manuscript to the Stage, was a fascinating tour by Ricci into the discovery and production process. The next one, scheduled for July 30, is about modernizing an important aspect of Baroque scene design, the backdrop. For the Ars Minerva production of Ermelinda, Ricci turned to artist/muralist Bianca Nandzik, aka Entropy.

In this online chat, Entropy discusses her sources of inspiration and the research that led to her designs. She says of herself: “Inspired by the murals of Diego Rivera, David Alfaro Siqueiros and José Clemente Orozco, as well as the Chicano Mural Movement, Entropy started creating murals in public spaces. Her Ph.D. studies took her to San Francisco, where the mural tradition is passed down from generation to generation. She has been painting community murals for more than 10 years for organizations in Germany and the U.S. Her works can be found in public schools, hospitals, libraries, and community centers.”

Upcoming Cocktails and Chit-Chat events include a discussion about costume design and craft with Matthew Nash on Aug. 25, and performance events featuring the music of Chevalier de Saint-Georges and Anonia Bembo slated for the sometime in the fall, dates and times to be announced. See the Ars Minerva website for more information.

Meanwhile, Ricci has chosen the next Ars Minerva resuscitation project: Carlo Pallavicino’s Messalina (1679). Described as “a sex farce with teeth,” it’s about the deceptive and ruthless lover of Emperor Claudius and the vicissitudes of two pairs of lovers. The twisty plot leads, in Ricci’s words, to “a reconciliation that will last only as long as Messalina can keep pulling the wool over Claudius’ eyes.” Originally scheduled for October/November at the ODC Theater in San Francisco, it may end up postponed or taking a different form. But whatever this company cooks up, it’s generally worth seeing.