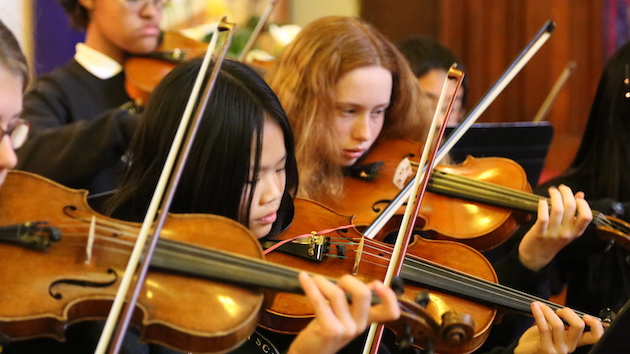 One of this country’s great music events focused on children is the annual Junior Bach Festival. It was founded in Berkeley in 1953 to connect student musicians to the genius of J.S. Bach and is held on or about his birthday, on March 21. It’s highly competitive.

This year the festival begins on Friday, March 17 and runs through March 26. There will be 10 concerts, all on weekends. Venues include Menlo Park, Portola Valley, Berkeley, and San Francisco. Go here for more details.

Best bets include the concert at the Crowden Music Center in Berkeley on Saturday, March 25. Program highlights includes the Concerto for Three Violins in D Major. Nine soloists will perform. Each of the three movements will feature three different violinists, and a different viola. Also note a superb chorus.

The ninth concert is also noteworthy — at the Old First Presbyterian Church in San Francisco on Sunday, March 26. The concert includes the French Suite, the Cello Suite in D minor, and Fugue in D Major, with four marimba players.

The audition to the 64th festival drew 340 applicants, mostly from Northern California: about 40 percent from the South Bay, 25 percent from San Francisco and the Peninsula. The remainder, from Berkeley and Oakland. Instruments include strings, woodwinds, brass, harpsichord, marimba, and voice. Of the total, 148 applicants were accepted into the festival. About half are girls. The youngest musician is 7; the oldest, 18.

Three judges sat behind a screen for the instrumentalists, but viewed the voice performers directly. One of the signature moments of this year’s audition was when two 10-year-old girls came to the screening to sing a duet. But the day before their accompanist had had to withdraw so the music was recorded on an iPad.

“The judges were so impressed,” said past festival president and now treasurer, Dr. Spence Larsen. “The balance was perfect; the volume was perfect. And with that they got in. It was quite something.” 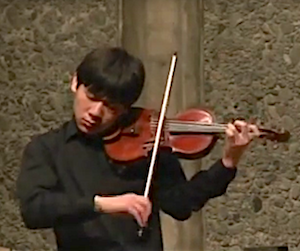 The Junior Bach Festival is filled with lore, including the night several years ago when the power went out during a thunderstorm. Then 14-year-old violinist Yujin Ariza, was halfway through Bach’s Partita in D Minor for solo violin, which is known for its virtuosic Chaconne movement. He played on for seven minutes in the dark, didn’t miss a note, and brought the house down.

And then there is pianist Jon Nakamatsu, who will always be remembered as the Cliburn Competition gold medalist in 1997. He will also be remembered for his “l’m a loser” speech in 2007. At the conclusion of the fifth International Piano Competition for Outstanding Amateurs, where Nakamatsu had been a judge. He gave an address directed at those who had lost. He listed all of his defeats beginning with the Junior Bach festival in 1978, playing the Italian Concerto. He was 10.

Two years later he lost the Los Angeles Young Pianists Competition. In 1984, he missed the San Francisco Symphony Young Musicians award. In 1985, he was rejected at the Young Keyboard Artist’s competition. On and on. In 1990, a jury member at a national competition told him that Japanese people (Nakamatsu is Japanese-American) didn’t know how to play Chopin and he should find a composer that spoke to his culture. In 1993, a jurist told him he would never have a music career, that he had neither the talent nor the technique. That same year, at the Van Cliburn completion in Ft. Worth, he was eliminated — at the screening competition. 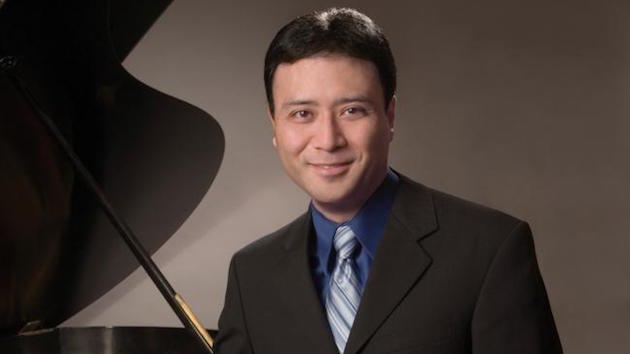 In his speech, Nakamatsu admits that he had forgotten the distinct pain of being eliminated but went on to encourage “losers” and to say how much struggle had helped him to become a success. “Be proud to be a loser,” he said in conclusion, “because you’re anything but a failure.”

How much that might mean to a young child isn’t clear, but it’s one of the messages that underlies the Junior Bach Festival.