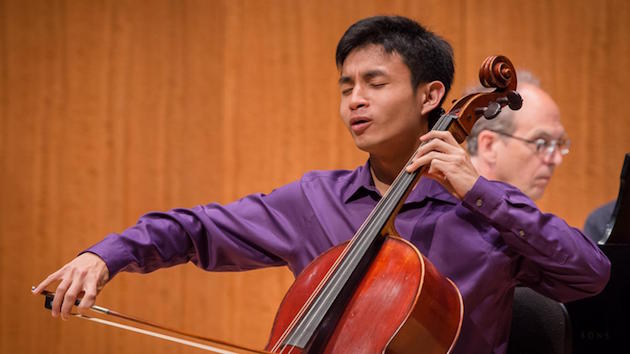 At the 32nd Irving M. Klein International String Competition on Sunday, all three performers in the final round were among the finest ever at this competition, presenting the jury with its most difficult decision in many years. Those attending all weekend heard brilliant performances of the widest range of works ever represented at the competition. The jury expressed deep admiration for the superb performances of all nine semifinalists. 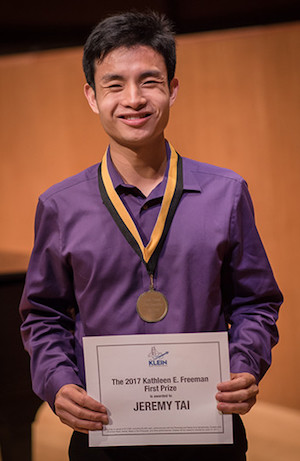 Tai’s winning program for the final round included Etude No. 3 from Lisa Bielawa’s Insomnia Etudes, the first movement of Grieg’s Cello Sonata, and the second movement of Prokofiev’s Sinfonia Concertante.

Tai, 18, is from Cupertino, California, and is an alumnus of the San Francisco Conservatory of Music Pre-College program, where he studied with Jonathan Koh. He is now a scholarship recipient from the Bienen School of Music at Northwestern University, studying with Hans Jørgen Jensen. He has appeared as a soloist with the Utah Symphony, Symphony Parnassus in San Francisco, the Palo Alto Philharmonic Orchestra, the University of California at Davis Symphony Orchestra, and the California Youth Symphony Orchestra. He has been featured on the NPR program From the Top as a soloist and as a founding member of the awarding-winning Konpeito Cello Quartet.