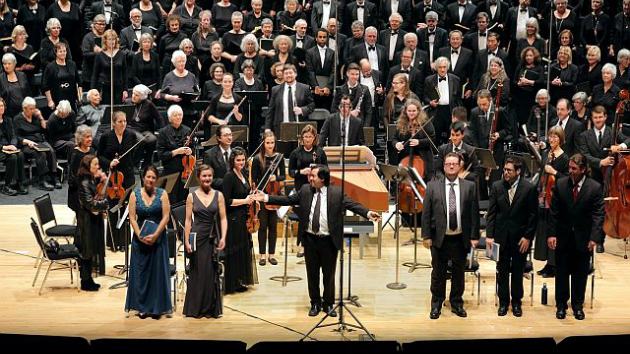 Even Berkeley Community Chorus and Orchestra members who have been with the organization for many years may find it surprising that their January gala concerts in Hertz Hall will mark BCCO's 50th anniversary — a half a century of free concerts!

The program will be celebratory indeed: Led by Music Director Ming Luke, the 220-member chorus will perform Bernstein’s Chichester Psalms; a new work by Kurt Erickson, commissioned for the anniversary; and music to salute BCCO's former music directors. There will be selections from Handel's Messiah to honor the first director, Eugene Jones (1966-1988), and Sibelius’ Finlandia and portions of Brahms’ German Requiem to mark Arlene Sagan's leadership from 1988 to 2011.

The program will be performed three times between Friday and Sunday, Jan. 8-10, all with free admission, but donations are encouraged. 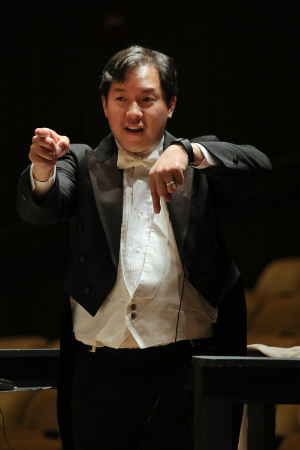 Chichester Psalms, Luke says, is from a composer who "embodied the American musical spirit with works that retain a full melting pot of musical styles. In the Psalms, Bernstein has created an infectious musical melange filled with influences from his Jewish roots, his love of Broadway musicals, and an underlying vein of jazz rhythms and drive."

Music and singing suffuse the lives of Berkeley singers, evident in the story told to SFCV by Janice Murota, a member for eight years:

BCCO produces practice CDs for singers to study the music during the semester. I am a nicer driver when I'm playing a practice CD. I stop for pedestrians, allow people in my lane even when they don't signal, and am generally in a wonderful mood. I play these CDs constantly in my car as one means to learn the music.

One warm day with my car windows open I was listening to Chichester Psalms and a convertible pulled up next to me. The driver said "Chichester Psalms, right?" I replied "Yes! our concerts are free. Look us up on BCCO.org and sign up for the waiting list if you're a bass. We're always looking for more basses!" He drove off laughing, as did I. I hope he was a bass!

For some the chorus runs in the family: George Martin, for example, is joined in rehearsals and concerts by his wife, Janelle Noble, and George Martin Jr., who just graduated high school, and is BCCO's youngest member. Three-hour rehearsals are held Monday nights, ending at 10 p.m., a schedule difficult for those who have to rise early for work... but they all can be counted on, year after year.