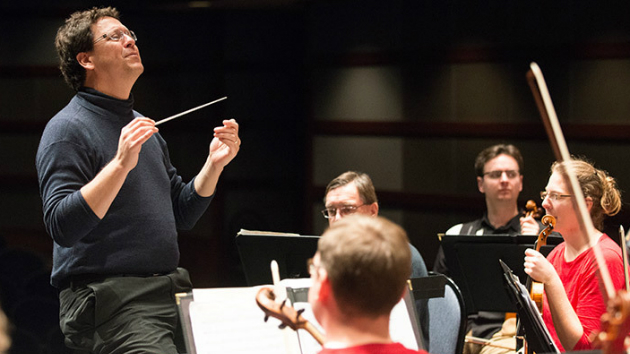 The California Symphony, led by music director Donato Cabrera, is rolling out its 2015-16 program.  Three concerts are scheduled for this summer followed by the opening of the fall and winter season on Sunday, September 20.

There will be eight concerts in the California Symphony’s upcoming season. Venues include the Lesher Center for the Arts in Walnut Creek; Oakland’s Kaiser Center Rooftop Garden; the Napa Valley Performing Arts Center’s Lincoln Theater in Yountville; and the Concord Pavilion in Concord.

Season highlights include an “American Roots program,” with pianist Charlie Albright performing Gershwin’s Rhapsody in Blue; a showcase of two California Symphony principal musicians in a Richard Strauss double concerto; a performance with the must-see Postmodern Jukebox; performances of Beethoven’s Symphony No. 7 and Brahms’ Symphony No. 2; the orchestra’s first performance accompanying The Wizard of Oz; and holiday music with the Pacific Boychoir Academy.

Next May, the orchestra and guitarist Jason Vieaux will perform the world premiere of the new concerto commission by Dan Visconti, current Young American Composer in Residence.

The opening night concert features short pieces from an array of international composers, including Debussy, Sibelius, Falla, Dvořák, Rimsky-Korsakov, Grieg, Elgar, Vaughan Williams, and Glière. To honor the anniversary of Sibelius’s death, the orchestra will perform the Karelia Suite and Finlandia.

The California Symphony, noted for its focus on American music, was founded in 1986 by Barry Jekowsky and regularly performs at the Lesher Center for the Arts in Walnut Creek.

All tickets can be purchased through the California Symphony’s website at www.californiasymphony.org and at 925-280-2490. Tickets are on sale for the coming season as well as for the June 20 California Symphony-Postmodern Jukebox concert, the July 3 Independence Day concert, and the August 21 Wizard of Oz film and concert at the Concord Pavilion.