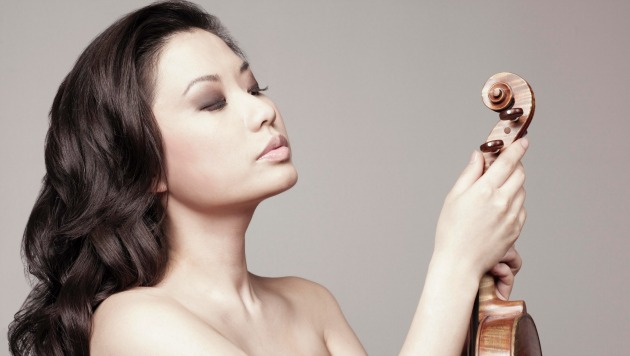 Chamber Music San Francisco opens its new season this Sunday afternoon at the Herbst Theater with the Szymanowski Quartet.  The Polish-Ukrainian group assembled in 1995, and plays a repertoire that includes a mix of composers, both romantic and new.

This is the first in a series of nine concerts in San Francisco, the last in mid-May. Other venues during the same period (with fewer performances) are at the Lesher Center in Walnut Creek and the Oshmann Family JCC in Palo Alto. For schedules and tickets, go to www.chambermusicSF.org.

Chamber Music San Francisco was founded in 2003 by producer Daniel Levenstein, who was, for 13 years, the Associate Musical Director of Beach Blanket Babylon. With Chamber Music San Francisco he has created a unique business model that features three satellite venues.  Walnut Creek was added in 2007; Palo Alto in 2009. The model allows for efficiency in dealing with administrations costs, and performers earn a “nice fee” for doing three performances in three days.

According to Levenstein, he chooses performers not merely for their musicianship but for their willingness and ability to connect with audiences. “Otherwise, you may as well stay home and listen to CDs!”

Freire, now 72, grew up in Brazil and began playing the piano at 3, thanks to his sister. He held his first public recital at 4, playing Mozart’s Sonata in A Major; performed Beethoven’s Piano Concerto No. 5 at 12; and at 20 won first prize at the Vianna da Motta International Music Competition in Lisbon.

He is famously reclusive, although for many years has been a duo partner with one of the greatest pianists of the second half of the 20th Century: Martha Argerich, now 75. She is not reclusive.

“Martha and I have known each other so many years,” he told the Seattle Times in 2011. “We’re almost improvising when we are on stage.”

Freire prefers a Central European repertoire — “Schumann is one of my dearest concerti; I never get tired of it. It always sounds fresh. You know, it’s quite a difficult concerto, even though it doesn’t always show it. It’s very challenging to play it well.”

He also plays a lot of Debussy, Bartok, and Villa-Lobos. As for the avant-garde music, no. “I don’t play avant-garde music. I leave that to those who feel it better than I do. But I really have quite a broad repertoire.” That is in evidence in his recital here, which ranges from Bach to Rachmaninoff to Shostakovich.