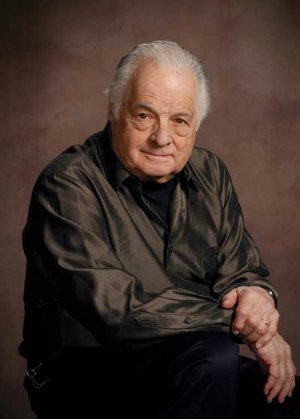 His last and recently finished work, Drone on D, is on the March 14 program of Earplay; it is for flute, clarinet, violin, viola, and cello. His recently published memoirs are Enough About Me: Notes and Anecdotes from a Composer.

Peter Josheff — clarinetist, composer, and a founding member of Sonic Harvest and Earplay — worked with Bielawa on Drone on D:

When he finished the piece a few weeks ago, I went over to his and Sandra's home and looked through the score with him. It was nice to hang out with Herb, to feel his enthusiasm and what I always thought of as his innocent joy in creating music.

His studio was always very well-organized and he was in the process of archiving all of his scores, recordings, and writings. I admired Herb's integrity, industry, good humor, and humanity, and his strong, mutually-supportive partnership with his wife, and their family.

Soprano Susan Narucki said of Bielawa: "He had a profound effect on my life. He made me aware of what it means to be a musician of quality and helped me to take steps so that I could enter into that life."

Lisa Bielawa followed her father's passion and learned piano, voice, and violin, has a notable career as a composer and performer, won a 2009 Rome Prize, and became Artistic Director of the San Francisco Girls Chorus, where she had sung as a young child.

Other Voices' Charles Amirkhanian, a friend and collaborator of both father and daughter, drew a parallel when commenting on Lisa's big 2013 Crissy Broadcast Project: