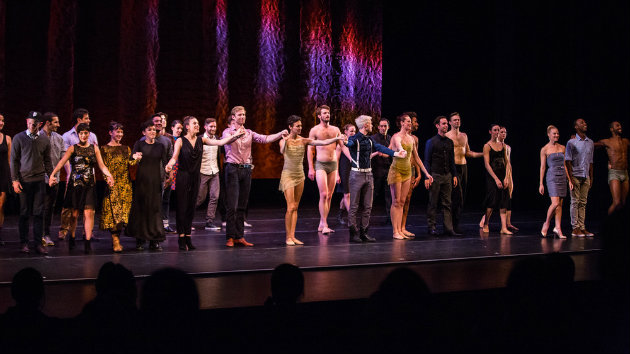 Here’s a novel idea: One night a year bring together the most talented dancers around, make it an all-star show, have them perform for free, throw in an after-party, and then contribute proceeds to cancer prevention. Name the event after the organization: DanceFAR — “for a reason.”

The two-hour DanceFAR benefit, which is being held on Nov. 10 at 7p.m. in the Yerba Buena Center for the Arts Theater and Forum, is now in its fourth year. Net proceeds from last year’s performance totaled $100,000, and went to the Cancer Prevention Institute of California (CPIC).

The idea was Garen Scribner’s. In 2011, Scribner, a long-time dancer with the San Francisco Ballet, fell into a conversation with then CPIC CEO Sally Glaser, a prominent researcher. Scribner’s father is also a researcher, in the field of physics, and so a resonance.

Moreover, Glaser made a persuasive argument for the need for cancer prevention.

“I liked that focus,” says Scribner. “because I believe in ‘wellness’ as opposed to ‘cure’ — which is important of course, but sometimes leads to drug dependency. I like the idea of ‘staying well’ rather than ‘getting well.’ I connected to the ethos of the organization right away.”

This year, more than 75 dancers will perform, including Marcelo Gomes and Stella Abrera, principal dancers with American Ballet Theater, and Scribner, who is currently appearing on Broadway in An American in Paris and will perform an excerpt from that, along with San Francisco’s Doris Andre. Scribner is also preparing a new solo piece.

The program has yet to be announced. For more information, visit dancefar.org. There is also an after-party at the Forum that is included with a ticket to the performance.