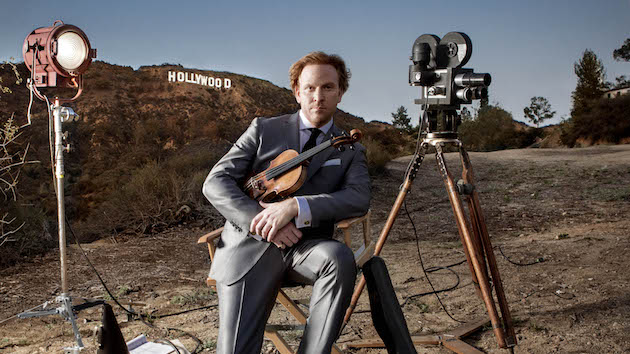 Ever since the announcement by New Century Chamber Orchestra that its music director will leave at the end of the current season, the organization has been faced with Mission Impossible: replacing the irrepressible and — not to mince words — irreplaceable Nadja Salerno-Sonnenberg. And yet, the news today is of success. Taking the first chair (with some constraints) will be Daniel Hope, a violinist very much in the dynamic mold and with the international fame of Salerno-Sonnenberg. Hope is soloist, recitalist, activist, author, and columnist, and he is well remembered locally for his appearance with New Century in February, when they paid centennial tribute to Hope's mentor, Yehudi Menuhin. 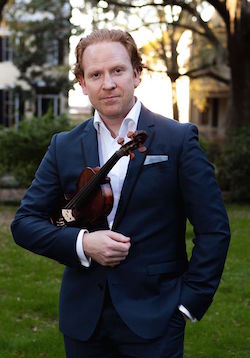 The multitalented Irish-German-South-African-British-Viennese violinist grew up in Menuhin’s house. At a young age, Hope became the violinist in the famed Beaux Arts Trio. He has toured the world as an acclaimed soloist for a quarter century, and was recognized last year with the European Cultural Prize for Music. Hope’s recordings have won five ECHO Klassik prizes and been nominated for numerous GRAMMY awards. Currently, he is on a concert tour of Asia with his Zurich Chamber Orchestra.

In addition to his accomplishments as a performer, Hope has published four books and commissioned more than 30 works from major composers including Nico Muhly and György Kurtág. He is admired for his humanitarian efforts, and his work in that sphere includes making Terezín — Refuge in Music, a film about the SS showcase concentration camp, as well as giving important, acclaimed concerts in the Reichstag and at the Brandenburg Gate (attended by 12,000) to commemorate Kristallnacht, the 1938 Nazi pogrom against Jews.

But if you’re a fan and want to be “friends,” don’t bother with Facebook, where his account advises: “This person has reached the friend request limit and can’t accept any more.”

“This violinist, now among the best in the world as well as the most thoughtful, is as brilliant at Bach as Birtwistle...” (The Observer, London)

“... adventurous and brilliant ... a violinist of probing intellect and commanding style ... In a business that likes tidy boxes drawn around its commodities, Hope resists categorization.” (The New York Times) 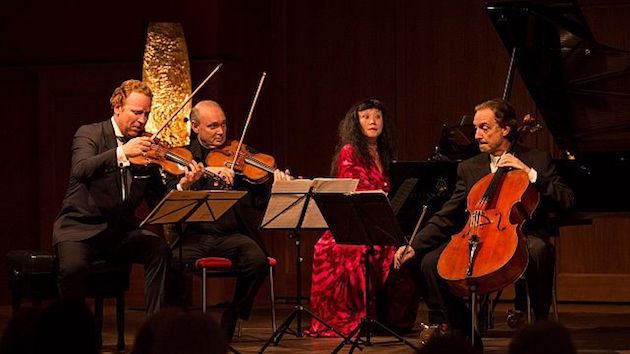 Because of his many commitments beyond performing — including leadership of several European chamber orchestras  — Hope’s association with NCCO will be of a temporary and limited nature, apparent even in his title: He will be known as “Artistic Partner.” What that unusual (and somewhat awkward) designation means is that the appointment is for three years, Hope will lead only two or three concert series per season, and the organization's search for a permanent music director continues.

It is being described as the “creation of a short-term artistic position that would serve to maintain artistic stability and enhance organizational direction.” Guest concertmasters for other concert series will be candidates for the permanent post. The search committee is led by New Century Founding President Paula Gambs, and consists of members of the board, musicians, and staff. 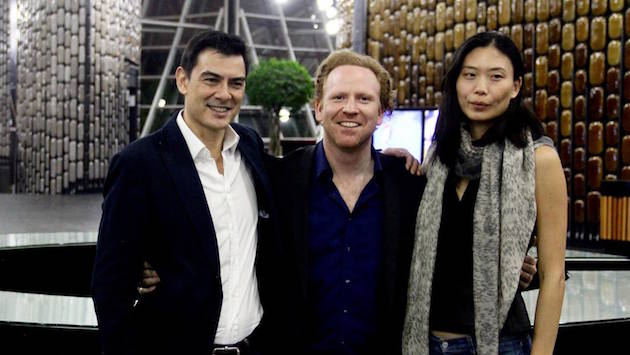