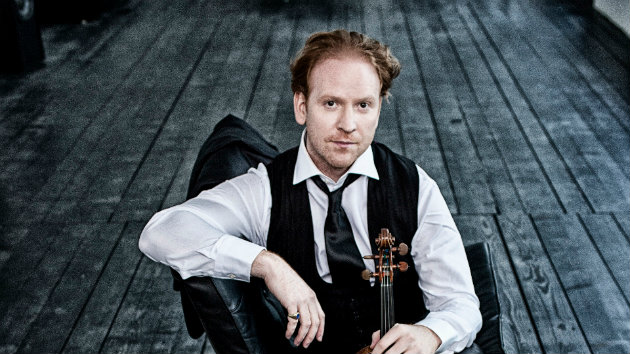 Concluding the least suspenseful search recently seen in these parts, the New Century Chamber Orchestra appointed Daniel Hope as the next music director. Either events overtook the search committee, as the orchestra and violinist realized they liked working with each other, or Hope was Plan A all along, with Plan B to be determined if Hope didn’t work out.

The British violinist was appointed to the interim position of Artistic Partner last year, a novel term that, in retrospect, contains more than a hint of wishing. But this orchestra has been thinking big and clearly wanted a major star to follow the tenure of Nadja Salerno-Sonnenberg, who pushed the organization to a new level of visibility in the classical world.

Hope is certainly that star. A major soloist with a long-term recording contract with Deutsche Grammophon, he also succeeded Roger Norrington as music director of the Zurich Chamber Orchestra, which he leads, as at NCCO, from the concertmaster’s chair. And since the orchestra is slated for its first European tour in 2019, Hope is the right fit at the right time.

But Hope is also a creator of radio broadcasts, such as Escape to Paradise (2014), a producer of special events concerts, such as War and Pieces (2014), commemorating the 100th anniversary of the outbreak of World War I, and the author of several books (in German).

The usual encomiums have been issued by the orchestra’s board and Executive Director Philip Wilder. But the most important comment on the match was Hope who, having been successfully wooed, appears happy to take on a five-year commitment to the orchestra. He said, “New Century has achieved a vast array of impressive milestones in their 25-year history and their eagerness and ambition to continue building upon this is contagious. I am honored to be a part of this inspiring journey and look forward to accomplishing many more milestones together.”