Gustavo Dudamel is sticking around in Los Angeles. Announced on Jan. 15, the LA Phil is extending his contract with the orchestra through the 2025–2026 season. This is the third contract extension during Dudamel’s tenure as music director, the most recent being in 2015, when he also took on the title of artistic director.

Now in his second decade with the LA Phil, Dudamel has become synonymous with the orchestra itself. Under his leadership, the LA Phil has leaned into its penchant for new-music making, as well as expanded to fill every corner of the contemporary classical-music world: film scores, youth orchestras, community partnerships—the list goes on. This has all effected a broader change in classical music, at a time when the genre in America is reorienting from the East Coast to the West.

“Looking back at the first decade in Los Angeles with my orchestra makes me indescribably happy,” Dudamel said in a prepared statement from the orchestra. “We have so much work still to do, but I look forward to embracing the challenges ahead.” 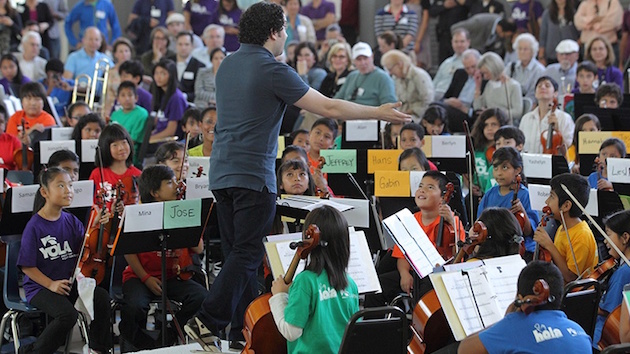