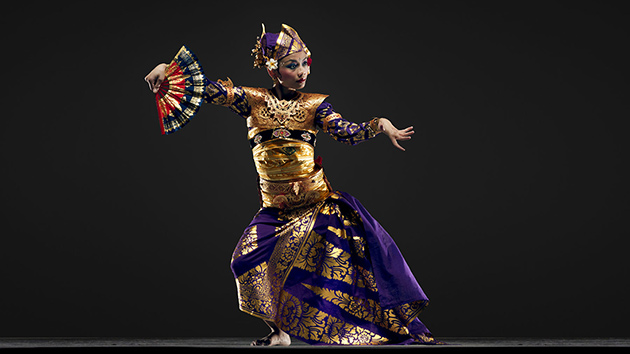 100 years ago on Feb. 20, San Francisco celebrated the opening of the Panama Canal and its own rebuilding after the 1906 earthquake by holding the Panama-Pacific International Exhibition. Demonstrating all they had learned about earthquakes in the meantime, the city filled in highly unstable marshland, creating what is now the Marina district on the northern shore of the city to house the world fair.

On Feb. 20, the date the fair opened, the S.F. Ethnic Dance Festival will give a free noon performance in the rotunda at City Hall with Gamelan Sekar Jaya, the Margaret Jenkins Dance Company, and Swedish traditional dances. Indonesian dance arts were represented at the PPIE, and this performance of the gamelan orchestra is an opportunity to reflect on the history of colonialism in Indonesia as well as to assert the continuity of that nation's classical traditions.

Choreographer Margaret Jenkins, on the other hand, has family roots in San Francisco that go back five generations. She brings Times Bones, from last year's 40th anniversary season to the celebration. Leif and Margareta Virtanen, competition winners and now international emissaries of Swedish dance, will close out the performance.

The Rotunda Dance Series will continue with these commemorative performances once a month until December 4, when the 1915 fair closed.

For those who enjoy the Ethnic Dance Festival and may be wondering about the publicly viewable auditions for the Festival, which used to take place in January, SFCV has been told that these have been moved to November this year.