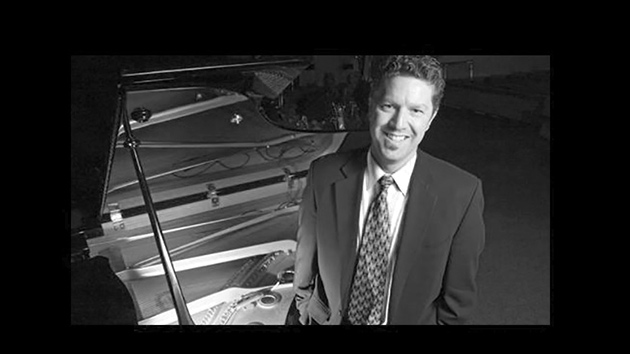 At the bottom of a story in The San Jose Mercury News about the December 3 conviction of Peninsula Symphony’s former executive director, Stephen Jay Carlton, one of the comments read, “Orchestra managers rob the bank ... orchestra music directors rob a generations virginity.” The commenter’s handle was “Smith and Wesson and Me,” and a thumbnail photo showed Dirty Harry aiming his magnum 44.

Such is the dark heart in some parts of the Peninsula these days, in the wake of the theft of $272,000 by Carlton, which badly undermined the 65-year-old year orchestra. A little more than a year after the crime was uncovered, Carlton was convicted of grand theft, embezzlement, and tax fraud, as well as other crimes. He’s looking at a maximum of 16 years in prison. Sentencing is set for late February or early March.

Among the aggravating factors is a prior strike, which involved the strangulation death of Carlton’s first wife, Shellye Roberts Carlton in Upland, California on August 13 1991. That led to a voluntary manslaughter conviction. The strangulation may have been part of sexual play gone awry. Carlton’s attorney in the Symphony case, John Cahners, reportedly plans to file a motion to negate the strike, arguing that it’s old and not related to the present charges.

There’s also a question of restitution. If Carlton makes a payment before sentencing that could be a mitigating factor for the judge to consider. At this point, no amount of restitution has been decided upon, although the chair of the Symphony’s board of directors, Alan Bien, says he has “a number in mind.” The assistant D.A. in the case, Judy Lee, wrote in an email that, “The restitution amount set in a plea deal represents the expenses a victim has suffered — not a defendant’s ability to repay that amount.”

By all accounts Carlton has no money and what monies he may have access to or be able to earn going forward will go first to the state’s franchise tax board.

“We don’t expect much,” says Bien.

The next court date is on January 8 at 1:30 p.m. in Dept 89 of superior court in Palo Alto. The calendar calls for receipt of a probation report.

Meanwhile, the orchestra soldiers on. In the wake of the theft, Bien reports that the orchestra raised enough from its supporters to complete last season and begin this one. The January concert, featuring the Academy of Danse Libre and music from Hollywood musicals, including An American in Paris is set to run on January 16-17. The March concerts are also fairly secure, but Bien notes “at this point we still need more funding to complete the season” — that is, to fund the May concerts, which will feature the Irving M. Klein String Competition winner. The orchestra will hope to receive those funds from their winter fundraiser, on February 28. It costs the orchestra about $100,000 to put on a concert set, so the Carlton episode has put them in a hole that will take a while to recover from.

The musicians, however, remain upbeat: “Oh yeah, you have to be prepared to play the Gershwin,” said violist Julia Adams. And Bien was optimistic about the January concerts: “We always like our second concert to be not quite traditional repertoire,” he said. They are conscious of expanding their audience, as other orchestras are doing, using film scores and other alternative programming ideas.