This article has been updated with information from the prosecutor in the case..

On Friday, June 6, Stephen Jay Carlton, former executive director of the Peninsula Symphony, was sentenced to nine years in prison. He will be eligible for parole in four and a half years.

Carlton, 46, was convicted of tax fraud in December 2014 after pleading no contest in November to forgery, theft, and the embezzlement of at least $244,000 belonging to the Peninsula Symphony Association. He has remained in custody since turning himself to police in February 2014, and never made any effort to post bail, which was set at $150,000.

When Carlton was hired on July 1, 2009, at an annual salary of $75,000 plus full medical benefits, the balance sheet for the Symphony at the fiscal year ending June 2009 showed about $500,000 in endowment funds with close to $10,000 in the checking account. On Sept. 20, 2013, when the alleged fraud began to unravel, there was $1,400 in endowment funds and $0 in the checking account. According to a police investigation, nearly $250,000 benefited Carlton, while the remainder of spent monies may have been legitimate symphony expenses.

Carlton is liable for monetary damages and The Peninsula Symphony Association has requested $693,581 in restitution. Carlton’s attorney, however, disputes the amount. A formal restitution hearing will be held on Tuesday,  July 14, at 2:30 in Dept. 33 in superior court in Palo Alto.

Carlton has a prior conviction on his record – he was sentenced for the voluntary manslaughter of his wife, Shelley Carlton, more than 20 years ago in San Bernardino County. His prior conviction counted as a strike under California law. However, that strike was not counted in sentencing because the judge decided it was too long ago.

Judy Lee, the prosecutor in the case, noted, “The nine-year sentence is the maximum punishment the defendant could have received after the strike prior was dismissed.  It is a fair disposition particularly in white collar criminal cases in Santa Clara County.”

No criminal charges were filed against Carlton’s wife. 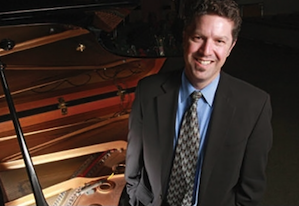 According to those on the Peninsula Symphony Association (PSA) board, Carlton had an easygoing manner and presented himself as a “knowledgeable and respectful” member of the symphony's leadership group. “He seemed comfortable with his responsibilities,” Association board chairman Alan Bien told us last year, “and was adept at public speaking when introducing the orchestra's performances and in representing the Symphony at local community organization events — although it may have been in a self-serving interest to establish a public image for himself.”

On Monday, June 8, Daniel Thomas, Operations Manager of the Peninsula Symphony, wrote in an email that Carlton’s actions “damaged the reputation of an organization that has delivered over 66 years of musical performances and provided community service through music education outreach programs. Moreover, his crimes also created a serious loss of trust between the Symphony and its patrons and audiences.” “We hope we have restored the credibility, trust, and confidence of our supporters so we can move forward together.” – Daniel Thomas, Operations Manager of the Peninsula Symphony

Since the theft, the symphony has brought in a veteran, non-profit executive to be interim director, formed a new finance committee, hired new administrators, and solicited pro bono accounting services from Young Craig & Co to establish new financial control mechanisms.

In addition, the board has sought the help of the consulting service, Brakeley Briscoe, to insure proper governance policies. During a retreat in April, 2015 the board began developing a three-year strategic plan “that moves the Symphony definitively out of recovery mode and uses the artistic and financial successes from the 2014-2015 Season as a foundation to pursue aggressive yet realistic goals for growth.”

The changes, along with a loving audience, brought subscribers out in record numbers for the 2013-2014 Season concerts – attendance was up nearly 40 percent over the previous season and continues to exceed expectations.

“We hope”, wrote Thomas, “we have restored the credibility, trust, and confidence of our supporters so we can move forward together with success, stability, and growth in the concert seasons ahead.”