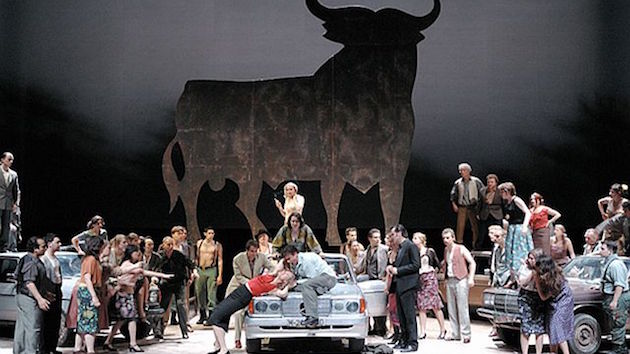 Stage director Joan Anton Rechi is amused when people assume that he lives in Andorra because it’s a tax haven that attracts numerous celebrities, such as Montserrat Caballe. “No, I was born there, and it’s my home, very nice, very calm,” he says. Being from a tiny country between Spain and France with a population of 85,000, and no train or airport of its own, is just one of Rechi’s distinctions. 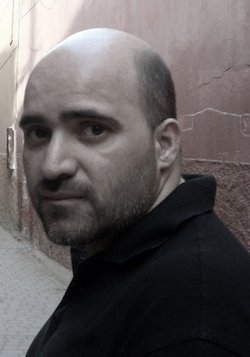 Rechi is in San Francisco now, and as May 27 approaches, his current distinction is that he is responsible for staging S.F. Opera’s Carmen, in the production by his old friend and fellow Catalan Calixto Bieito. It’s the first U.S. performance of any opera production by the notorious Spanish director. (The Metropolitan Opera will follow next season, with Bieito’s La Forza del Destino.)

When San Francisco Opera General Director David Gockley announced the Bieito production, he emphasized that in comparison with the director’s more excessive, “Eurotrash” surprises, Carmen is relatively mainstream. Reviews from European showings of the 17-year-old production seem to agree, but not without controversy. Some call the production “tough, dark, spare and intelligent,” while others have dubbed it “an outrageous example of directorial self-indulgence.”

Opera directors from far-away Europe often have a colleague do the travel and stage the production in San Francisco, but Rechi has a far more vital connection: “Calixto and I were both actors when we were young, and we have known each other for many years, performing Shakespeare in Catalan.

“When the Carmen project began (before the 1999 premiere), we traveled together to various locations in Spain, and thought and talked about making this an authentically Spanish show, not with clichés such as flamenco or fantasy rather than reality.”

Although Bizet’s opera takes place mostly in Seville, Granada, and Malaga, Bieito and Rechi, on a trip through Andalusia and the south of Spain to Morocco, found Ceuta, a Spanish border town on the north coast of Africa the right place. It had “military presence, smugglers — people right out of Carmen,” and people sleeping in old cars, something that becomes an important element in Bieito’s otherwise sparse staging.

One consideration is to show Carmen in open spaces, not constricted interiors. The tavern disappears, and there is just another old car instead — a convertible, of course. Set designer Alfons Flores and costume designer Mercè Paloma were also part of the initial exploration.

With all the emphasis on the “Spanish soul,” Rechi acknowledges that both the writer (Prosper Mérimée, 1845) and composer (Georges Bizet, 1875) were French and never set foot in Spain, but the characters of the opera are genuinely Spanish. Rechi says, “it’s about freedom, violence, and sex that are all in Mérimée’s novella. Ours is a very, very Spanish Carmen, without falling into the cliches of the usual productions which set the opera in a kind of Gypsy Disneyland.” 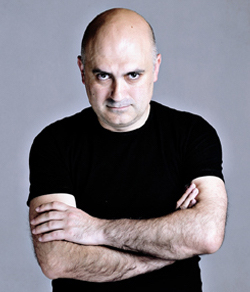 In the course of the opera, a lot of strong stuff (sex, infidelity, and stark violence) plays out.  Bieito has referred to fellow Spanish artists Pedro Almodóvar and Luis Buñuel, kindred souls who are not always appreciated for being “profound, but full of childish jokes, a particular dark humor you find more in Catholic countries.”

Rechi says the classic crime of passion is now seen as domestic violence, and the Bieito Carmen represents this modern vision. As for the preference for a “nice” version of Carmen, Rechi decries conventional gentle and pretty productions of Don Giovanni, “which starts with a rape and murder.”

According to Rechi, Bieito, wanted to come to San Francisco, but he is directing a new production of Aribert Reimann’s Lear in Paris, and the distance is too great, “Calixto said he could cancel two or three rehearsals in Paris, but that would give him only one day to fly in, one rehearsal, and then fly back.”

The Bieito Carmen, Rechi says, is “very important to us, the first big production by Calixto, we are really sentimentally involved in the production. We love it, we take good care of it every time — and now, especially, with Calixto’s first in America.” 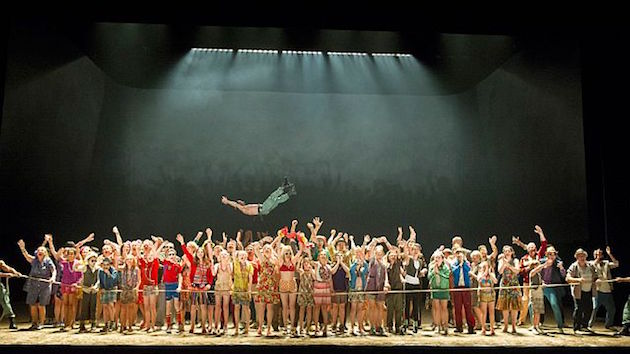