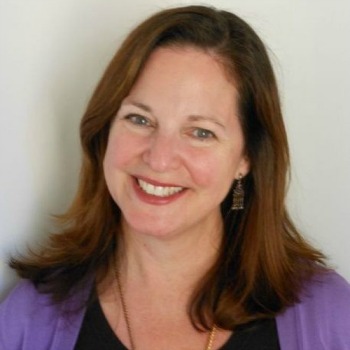 We checked in with KDFC’s Dianne Nicolini the other day; she and her partner-in-radioland, Hoyt Smith, have been nominated for the Bay Area Radio Hall of Fame. It’s a rare instance when classical music spinners have been on the ballot.  Winners will be announced in July.

Nicolini, the mistress of smooth and reassuring — and noted for her telling anecdotes — talked about life in the frequencies, the striking power of classical music; and how she often receives notes from people who tell her their troubles and end by saying, ‘you keep me sane.’

A few Christmases ago she received an email from a woman who had fallen into a deep depression over the holiday and had strongly considered “drastic measures.” She listened to KDFC for 36 straight hours and wanted to thank Nicolini.

“I suppose I saved her life,” Nicolini told us, “but it’s really the power of classical music. It just has so much emotion attached to it.”

She has been with KDFC for 20 years, and before that spent 10 years with KKHI, the Bay Area’s only other classical music station. KKHI was recast as a news station in 1994.

Nicolini grew up in Oakland and graduated from UC Berkeley. She took piano lessons as a child and went to the Oakland Symphony, but otherwise has no formal knowledge of classical music.  Nevertheless, she is a relentless researcher, and even after all these years is always digging for still another bit, even in the minutes between selections.

“Like the other day I found something about Haydn.  It was a little morbid: about how his head was stolen from his grave.”

Joseph Haydn’s head was stolen shortly after his burial in May, 1809 by two men, who gave it to phrenologists interested in conducting medical experiments relating intelligence to cranial anatomy.

As with all DJs, Nicolini’s approach is to make friends with her listeners and to have a personal sense of who she’s talking to. “I ran into a neighbor the other day. She’s a pediatrician, 40-something, mother of two. She rides her bike to work. And she loves the music, and whenever I hear that I am so appreciative. I have the greatest job in the world; I never want to retire.”

Niche Music in the Hall of Fame

Thirty-three names — of both living and dead — have been submitted for the category of “Program host.” Two will be chosen on July 4 for induction. Other categories include News, Sports, and Executive of the Year. Votes are submitted both by the public and by the Broadcast Legends Group, which has 220 members. Last year 1,500 public votes were counted. It takes about 1,000 votes overall to win induction. Nominees are allowed to campaign for themselves during their programs.

“No one from a local classical station has ever won the award,” Bill Lueth told us. He’s the longtime president of KDFC, and has been a mentor to both Nicolini and Hoyt Smith. “We just want to recognize our listeners who have been so loyal over the years, and we want them to know that their stars are being honored, and that classical music as a genre has real influence here.”

The programming is mainstream by day, more adventurous in the evening, and then, on Saturday night, on the show, “Modern Times,” the sky’s the limit. Programming includes the San Francisco Symphony, which airs Tuesday nights at 8 p.m. and the “KDFC World Tour,” which features classical music from different countries, a new one every hour.

KDFC tends to hold audiences longer in the evening compared to other stations and is in the top four classical music venues nationally. The top classical station in the country is KDFC’s sister station, KUSC in Los Angeles, followed by stations in New York and Washington DC. KDFC, for the last five years a public station owned by the University of Southern California, has close to 25,000 members. 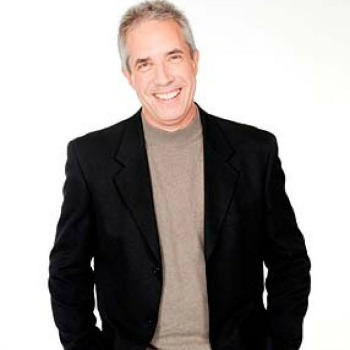 Radio has a reputation for being a cut-throat business and inherently unstable. Despite profits, margins are tight. “Regime change” is constant, and DJs may be asked to leave at any moment.  Not to mention the way programming has become so homogenized: niche markets have disappeared. There’s also notoriously little coaching and, according to Hoyt Smith, “what there is is often not very good.”

“In my experience starting out,” he says, “the coaching was often, ‘shut up and play the hits.’” Smith, who grew up in San Anselmo, started out in high school as a gofer for “The World’s Greatest Disc Jockey,” Don Sherwood, who hosted the 6 to 9 a.m. shift at KSFO. That was in the 1960s, when DJs pulled their own records and cued them up.”

Hoyt went to college in San Diego and then worked at a series of Bay Area stations including K101 and KNBR, and then 10 years at KKSF. In January 1999, he found a spot at KFDC, which he had listened to growing up. He has the 6:30 a.m. to 11 a.m. weekday shift.

“What I’m trying to do often is just connect with an audience that’s getting up and going to work. So there’s a lot of weather and traffic. But beyond that I’m always looking for ‘humanness,’ both in the music and the composers, and in the bits I use. Like I might do a little featurette about traveling to Mexico and that might lead to getting past your fear of flying, and so here are three tips to deal with that fear. It’s all about getting the audience to linger just a little longer with their radio —  What are called, ‘driveway moments’: when you’re waiting to hear the end of a joke or find out who composed that piece or who played that concerto.

“Of course, I am always trying to tie what I say to the music, but I have some leeway and sometimes the message is simply, “we want to be part of your life in the Bay Area.”

Hoyt is optimistic about the future of classical music radio noting that many people seem to feel abandoned by new. corporate programming strategies.

“I have a lot of anecdotal evidence from the last decade-and-a-half to suggest that people are looking for something different in radio: contractors on their job sites with KDFC blaring out of their boom boxes. Someone told me once, “At first workers were saying, ‘what the hell is this?’ but after a while they get in the groove and form a real appreciation.”

“I’ve heard this time and again.  I ‘ve talked to truck drivers, who make deliveries and say, ‘my God, you’re the only station that keeps me sane’.  Or someone will say, ‘you know I was a hard rock guy forever but I just decided one day to try something else and I went around the dial and found you, and I love it.’ “

Will he run a campaign to be inducted?