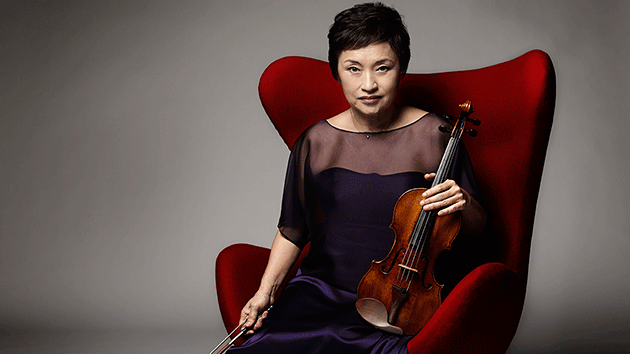 What is it with classical performers lashing out at kids in the audience these days? In October, conductor Michael Tilson Thomas halted a New World Symphony performance, and suggested a mother and child move to a different seat, so he and the orchestra would not be distracted. Recently, exasperated star violinist, Kyung Wha Chung at her first London recital in more than a decade, scolded the parents of a coughing child, “Maybe you should bring her back when she's older.” Not content to stop there, she reportedly directed repeated looks in the family's direction for a while after.

Buried in this story from the BBC, however, is this nugget: “But what was remarkable was the number of children in the audience — maybe 50 in total.” Shouldn't that be cause for celebration–especially of children, with whom we work so hard to cultivate the love of music?

Kyung Wha Chung came of age as a star performer before the modern era of audience outreach. Younger performers who routinely shlep their instruments to bars, cafės, and other offbeat venues probably are not as concerned with a certain noise level during performances. But in our current world, all musicians and other performers should be aware that audiences will only go where they are welcomed.

Is classical music really so rigid? Are a certain generation of classical performing artists unable to adapt? What are your thoughts?