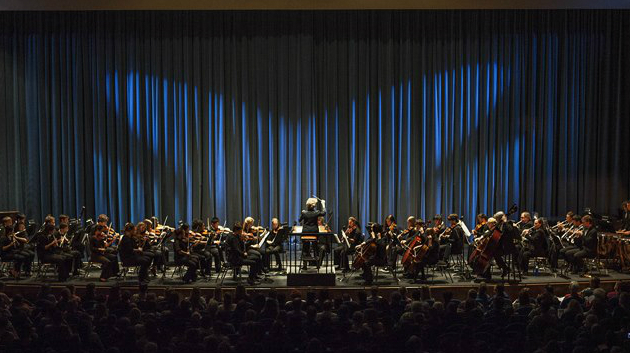 When the Marin Symphony’s 63rd season opens on November 1, music, not business, will be front and center, much to everyone’s relief.

Largely thanks to the symphony’s music director, Alasdair Neale — who will be celebrating his 15th year with the orchestra when he raises his baton next year — the symphony’s outlook is hopeful. The organization has rallied in the last three years, although its finances remain only in fair condition. Concerts and staff have been cut back: Last year, the symphony held four masterworks concerts and three pops concerts; this year there will be three masterworks and one pops. The spring pops concert was cancelled, and the wildly popular waterfront pops concert, scheduled for September 12, is in doubt. That production demands a mammoth stage, and the $180,000 cost to put on the concert seems a bridge too far.

Nevertheless the symphony’s education outreach program has been increasingly effective, particularly the guest artists program in which performers come to the schools to perform and talk about music.

The season ends on April 24 and 26 with “Masterworks 3: Boléro!”, featuring Ravel’s evergreen crowd-pleaser along with “Excerpts from Carmen, Suite 1 and 2.” On the second half, the orchestra offers Maurice Duruflé’s meditative Requiem, performed with the Marin Symphony Chorus.

In addition the symphony has begun to focus more of its mission on education programs and outreach.

The Marin Symphony Orchestra performs at the Marin Veterans’ Memorial Auditorium and other venues in Marin. The symphony includes more than 80 professional symphony musicians, 110 chorus members and world-class guest artists.  In addition, more than 100 musicians participate in the symphony’s youth programs, including the Marin Symphony Youth Orchestra, Crescendo, and Symphony Schools programs. Discover more at www.marinsymphony.org or call 415.479.8100.