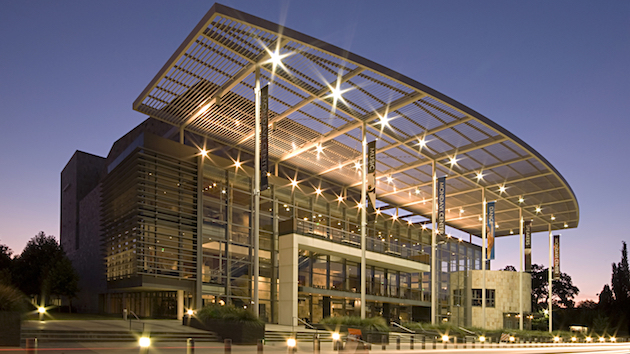 Campus-based arts presenters have to cultivate a little of the sensibility of their student bodies. And while it’s hard to judge that without actually being a 20-something, the impression from here is that the Mondavi Center of the Arts at UC Davis does a better job than practically anybody in the Bay Area of appealing to younger sensibilities while still including the community. That much is clear from the piece of the coronavirus-shortened season, about half of it, that was announced today.

In the socially distanced-moment, all performances are accessible remotely through the Mondavi Center’s HomeStage program, which streams from the presenter’s website MondaviArts.org. Tickets are free to students and are also offered to current Mondavi Arts members.

At the end of the month, the Mondavi joins with about 50 other campus arts organizations to screen the documentary John Lewis: Good Trouble. There’s a live discussion hosted online after the watch party on Sept. 21. But that’s the no-brainer. After that, Table Top Shakespeare presents their version of the complete works using everyday objects to stand in for characters (Sept. 17- Nov. 15).

Hip-hop comes to Mondavi in two forms in the fall: first Amirah Sackett and Mr. MiC co-create Separation, about the connection between music and dance in hip-hop culture, represented through popping (Sackett) and beatboxing (Mr MiC), and how the elements grew apart (Oct. 7). Then, MC Denisha “CocoBlossom”Bland hosts an open mic night that will include music, spoken word, comedy, and storytelling performances co-presented with ASUCD Entertainment Council and Sacramento Area Youth Speaks (Oct. 14).

There are no orchestras this season, but there is the redoubtable Alexander String Quartet. Neither virus nor fire nor politics shall diminish their zeal and they play a selection of Beethoven quartets on their October 18 concert. The group’s new member, violist David Samuel, joins cellist Sandy Wilson, and violinists Fred Lifsitz and Zakarias Grafilo.

It might have had to draw in its wings a bit, but the Mondavi Center soldiers on, like the rest of us.