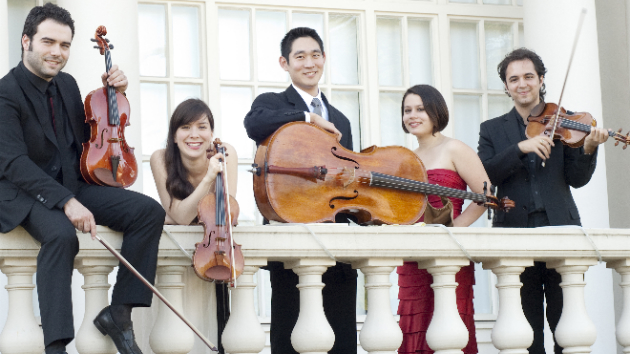 A Schubertiade, says the dictionary, is an event held to celebrate the music of Franz Schubert. [email protected]'s 13th season, July 17 through Aug. 8, qualifies with Franz Peter Schubert's music at the center of the festival's 23 days.

According to Monday's announcement, not only do co-directors Wu Han and David Finckel program Schubert's music at seven main concert programs and five Schubertiades, but throughout the festival's big, interlinking network of master classes, Café Conversations, Encounters symposia, and – especially – in [email protected]'s education programs. 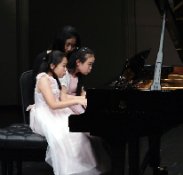 A generation of Schubert performance experts should go forth from the Chamber Music Institute's International Program for young professionals (ages 18 to 29) and Young Performers Program for students (ages nine to 18). As someone who has attended every season, I find special joy – of discovery and surprising performances – in the youngsters' free Prelude concerts that precede evening concerts by some of the world's most famous chamber-music artists.

And, just to give a minute taste of festival offerings, the opening programs include Schubert’s “Trout” Quintet, featuring pianist Jeffrey Kahane, the Piano Trio in E-flat Major, D. 929, performed by Wu Han, Philip Setzer, and Finckel; the Beethoven Septet in E-flat Major for Winds and Strings and the work it inspired, Schubert’s Octet in F Major for Winds and Strings, D. 803.

A significant part of Schubert's work, the lieder, will get many performances at Menlo this summer, interpreted by soprano Joélle Harvey, contralto Sara Couden, and baritone Nikolay Borchev.

Wu Han and Finckel preface the season by saying this about Schubert:

He is distinguished not only by his extraordinary music but also by his highly unorthodox career. Known during his brief life chiefly for his songs and piano miniatures, he longed for recognition as a composer of the large-scale works that afforded his idol Beethoven celebrity status.

As his untimely death approached, he raced the Grim Reaper, turning out in his final years an astounding array of masterpieces, which, following their mostly posthumous first performances, vastly changed the world’s perception of the diminutive and shy composer.

Included in the season are virtually all of his greatest chamber works, accompanied by the music that Schubert composed like no other: his lieder. We believe that the question posed at Beethoven’s funeral - “Who shall stand beside him?” - will be answered decisively: it was Schubert, whose profound art earned him the identity of Beethoven’s worthy successor.