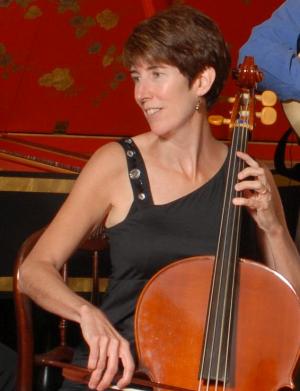 Anyone feeling let down by the off-year of the biennial Berkeley Early Music Festival should be heartened by the Early Music for Grace Festival, which opens in St. Albans' Episcopal Church, Albany, California on June 1 and lasts five days. It's un-hyped and unheralded, but it's likely to be good.

The inaugural festival was created by Barbara Krumdieck, best known for her recordings with Ensemble Vermillian, a group she formed with her sister, recorder player Frances Blaker. Ms. Krumdieck is also co-founder and principal cellist of the North Carolina Baroque Orchestra. She lives in North Carolina but was born in San Francisco.

She created the festival in honor of her daughter Grace, who died in 2013 at 15, following a long battle with the neurological condition known as Rett Syndrome.

“There was just such an outpouring of love for Grace,” Ms. Krumdieck told us the other day, “and so many people who were affected by her story, that a festival seemed a good thing to do.

“I don’t know whether it will become an annual event; we’ll have to see how people respond. But the goal was not to create an institution or to raise money or even to raise awareness of Rett Syndrome; it was simply a way of putting something out in the universe for my daughter.”

The festival, co-sponsored by St. Albans Episcopal Church, features 15 concerts; all held at St. Alban’s save the Tuesday night concert, which will be performed in Trinity Chapel in Berkeley.

The programming seems to reflect personal interests of the players, which fits with the ad hoc circumstances of the festival's creation. There are no big events, and attendees will be treated to entire concerts of the music of Heinrich Biber, C.P.E. Bach, and Georg Friedrich Telemann, as well as composers mostly known to historians and early music adepts (Georg Muffat and Johann Georg Pisendel, and a whole slew of marvelous 17th-century Italians, such as Dario Castello, Biagio Marino and Tarquinio Marula). It looks wonderfully uncommercial, a feast for fans.