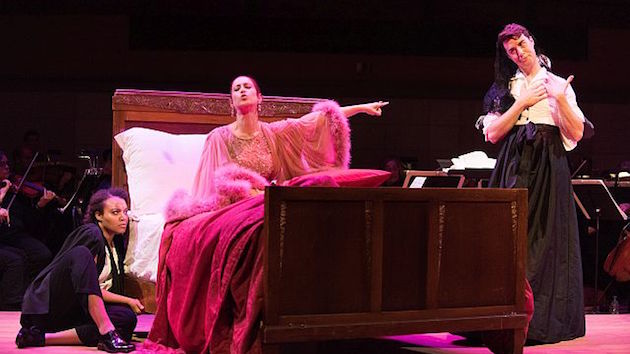 Of the current Merola Opera Program’s 23 young singers, just nine appeared at Schwabacher Summer Concerts in the Sand Francisco Conservatory on Thursday and Saturday last week. Regardless of the numbers, the event provided a thrilling experience of hearing what the program’s slogan promises: “A proving ground for the future of opera.”

The only downside of this summer’s program is that Merola’s limited public performance schedule — this concert, two staged operas, and the grand finale — means the artist you hear at one event is not likely to appear again until the all-voices-on-deck final concert on Aug. 20. After that, as Merola’s 58-year record indicates, you will have to pay for tickets in the War Memorial, the Met, and elsewhere to catch up with them.

The two Schwabacher concerts — I saw the Saturday matinee — consisted of six substantial opera scenes, beginning with Act I of Handel’s Serse, and a performance that set the tone for the whole event, Aryeh Nussbaum Cohen’s stunning appearance as the king, singing “Ombra mai fu,” the famed aria to a tree.

Known as a countertenor, Cohen (from Brooklyn, but returning to San Francisco after his acclaimed appearance with the American Bach Soloists here) is in fact a male alto, with a warm, lush voice of affecting beauty. He delivered the aria with flawless musicality, intelligence, and natural stage presence. Still a 20-something, Cohen is sure to rule the Handel repertory (and much else) for decades to come.

Tom Rakewell’s marriage to the bearded lady, Baba the Turk followed, excerpted from Act II of Stravinsky’s The Rake’s Progress. Josh Lovell and Tara Curtis fell in and out of love quickly, under the manipulation of Nicholas Boragno’s devilish Nick Shadow.

In the Act I scene of Richard Strauss’ Arabella, Boragno appeared briefly as Papa Waldner, Lovell returned momentarily as a waiter, and then the sisters at the heart of the opera took over: Jana McIntyre as Zdenka and Mary Evelyn Hangley in the title role, conveying the character’s charm and elegance in voice and presence. 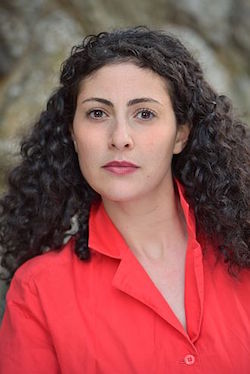 She devised a simple, perfect, multipurpose setting for the concert’s second half. A large bed first appeared in the Lohengrin wedding scene with Sarah Cambidge’s big-voiced Elsa demanding the secret from Kyle van Schoonhoven’s beautifully sung Swan Knight. Later it was the deathbed for Mother Superior in Dialogues of the Carmelites, which featured a powerful, affecting performance by Tara Curtis. Finally, in Rossini’s Le Comte Ory (Count Ory), it provided a trysting spot for Lovell’s hilarious attempted seduction as the titular count in drag.

Enlivening the Rossini scene were Jana McIntyre as La Comtesse Adèle, Taylor Raven as Isolier, and Curtis as Ragonde. Ben Seadia scored again at the end, as she brought all of the singers through the audience to the stage to form the chorus and to take bows individually and together.

Eric Weimer conducted musicians from the San Francisco Opera Orchestra augmented by others hired for the occasion. Christopher Verdosci designed what was perhaps the best-costumed Schwabacher event in memory. Jax Messenger generally handled the lighting well, but his penchant for changing cues in the middle of scenes tended to divert attention from the music. In opera, light should be heard, not seen.

Above all: nine young singers well beyond “promising.” Accomplished is the more precise adjective.

Discoveries at the Schwabacher prompt a strong recommendation for Conrad Susa’s Transformations on July 21 and 23, and Mozart’s Così fan tutte on Aug. 4 and 6. 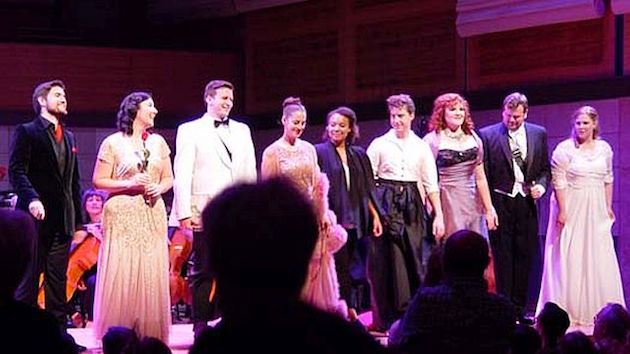