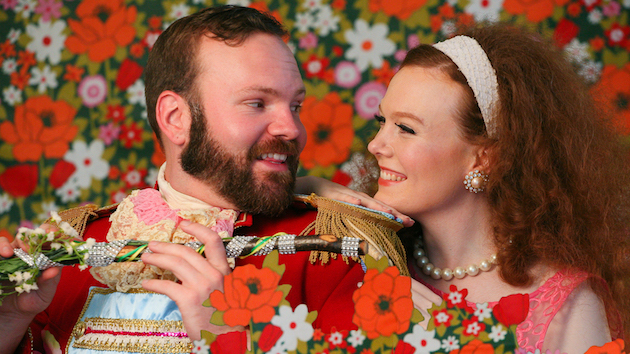 The Cinnabar in Petaluma is one of the theater gemstones within one hour of San Francisco. It was built in 1908 as a school house and converted into an opera house in 1972 by a baritone named Marvin Klebe. He’d had enough of performing but never enough of producing and so into addition to recasting the building, with his four sons to help, Klebe created the Cinnabar Arts Corporation. Its mission has been to create a foundation for a series of performing arts organizations — notably a year-long, highly respected repertory theater for young performers.

The Cinnabar, with just 120 seats, is the ideal setting for The Magic Flute, which continues its run on Friday through June 26. Interestingly, and appropriately, The Magic Flute was first performed at the similarly-sized Theater auf der Wieden in the Viennese suburban district of Wieden.

Music Director Mary Chun leads the Cinnabar Orchestra and Cinnabar’s artistic director, Elly Lichenstein, directs the production. The cast includes Dana Pundt as The Queen of the Night; Eugene Walden as Papageno (he appeared at Cinnabar as Figaro in The Marriage of Figaro); Jacob Thompson as Tamino (who debuted at Cinnabar in The City of Angels); and Morgan Harrington as Pamina.